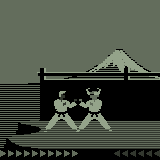 BEIKS, developers of applications for various mobile platforms, recently announced a new site specifically for the Fossil Wrist PDA. Fossil launched the long-awaited Wrist PDA in early January, and as of the time of this writing, is completely sold out. The Fossil Wrist PDA already comes with standard personal information management applications like Address Book, Date Book, To Do List, Memo Pad, and Calculator, however since the watch runs the Palm OS (version 4.1), users can install third-party software to extend its functionality. Although Fossil claims that the Wrist PDA will run most Palm OS applications, they also recommend sticking with software “designed to take advantage of the special features of the Wrist PDA such as the Rocker Switch and the larger font sets.”

So far, BEIKS only has two applications listed on their new Fossil Wrist PDA site: A+, a suite of five productivity and functionality enhancements for the Wrist PDA, and Karateka, a remake of an old Commodore fighting game.