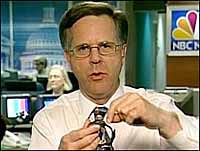 Casio is well known for combining digital watches with all kinds of gadgetry: calculators, remote controls, cameras, GPS devices, MP3 players, and now, according to the Department of Homeland Security, bomb detonators.

MSNBC is reporting that the DHS and the FBI issued a warning to the Transportation Security Administration today stating that al-Qaida may attempt to use watches with cigarette lighters or Casio watches with built-in altimeters to detonate bombs on board US airliners.

“Recent intelligence suggests al-Qaida has expressed interest in obtaining wristwatches with a hidden butane-lighter function and Casio watches with an altimeter function. Casio watches have been extensively used by al-Qaida and associated organizations as timers for improvised explosive devices. The Casio brand is likely chosen due to its worldwide availability and inexpensive price.”

Watches with built-in cigarette lighters and Casio Pathfinders and ProTreks are not banned from planes, so they cannot be confiscated, however screeners have been told to watch for these suspicious watches so that the passengers attached to them can undergo additional screening. If you’re a Casio fan, I therefore recommend going with a nice G-Shock or Edifice during your next flight.

What I can’t figure out is how you could possibly use the altimeter built into a Casio watch as an accurate timing device. Casio Pathfinder and ProTrek altimeters are barometric altimeters which means they attempt to calculate your altitude based on atmospheric pressure. Airplane cabins are pressurized, so barometric altimeters cannot be used to measure a plane’s altitude. Additionally, I have not found barometric altimeters built into watches to be particularly accurate. In fact, I’ve known them to be downright erratic upon occasion. It’s one thing to use one to climb a hill, but it’s something else entirely to attach a bomb to one.

Thanks to Greg Blonder for pointing out to me that although airplane cabins are pressurized, the FAA apparently permits planes to depressurize during flight to the equivalent of 7,000 feet which definitely could trigger an altitude alarm on a watch. Thanks for the info, Greg. I’m flying from Washington DC to California next week, and I have a brand new titanium Casio ProTrek sitting right here on my desk which I could use to test this theory, however something tells me I should just take Greg’s word for it.

Ok, that’s enough of this morbid subject. Let’s move on!