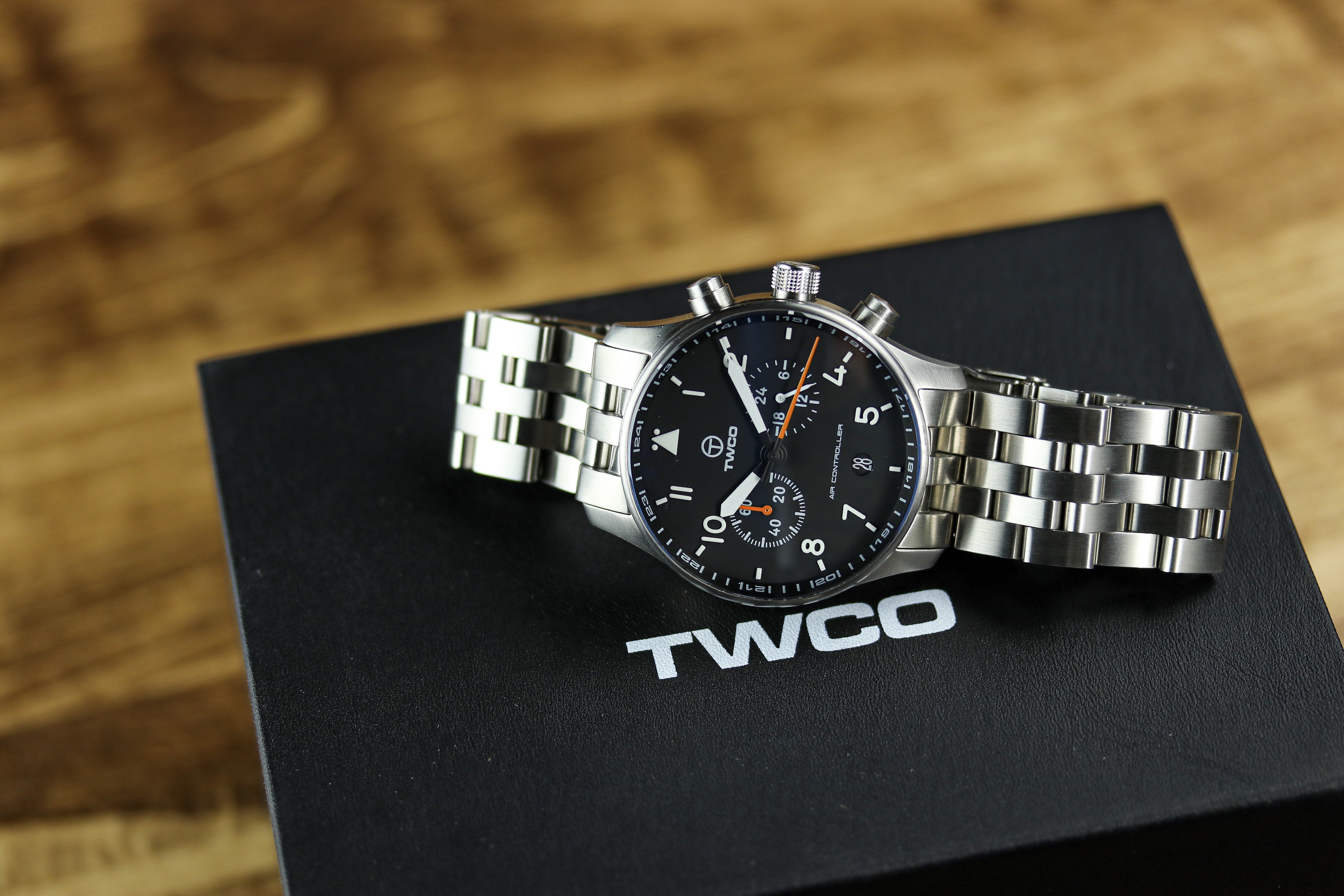 TWCO,  a brand we have covered here in the past, is what I like to call a sleeper brand of sorts. They do not release new models every year, and this TWCO Air Controller Chronograph is their first new model in about 2 years. A follow up of sorts to their original Air Controller model, which has more of a tool/diver style look about it, kinda like a Sinn 857. This version is not only a chronograph but a departure from its predecessor in both style and movement. Beating away inside this one, you will find a Seiko Meca-Quartz instead of an automatic movement, and this is more of a traditionally styled pilot watch. The best part though is the price: $360 on the stainless steel bracelet. 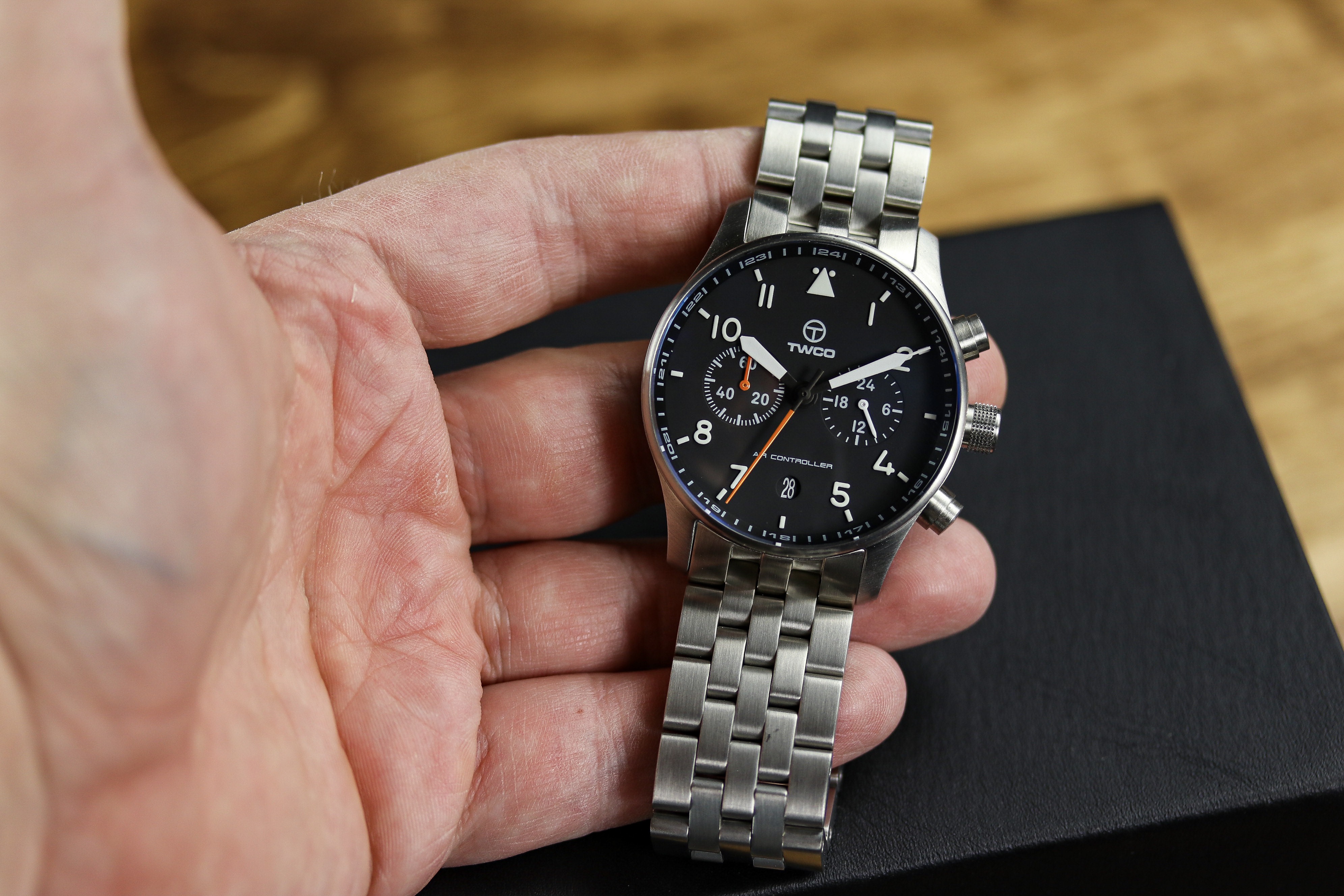 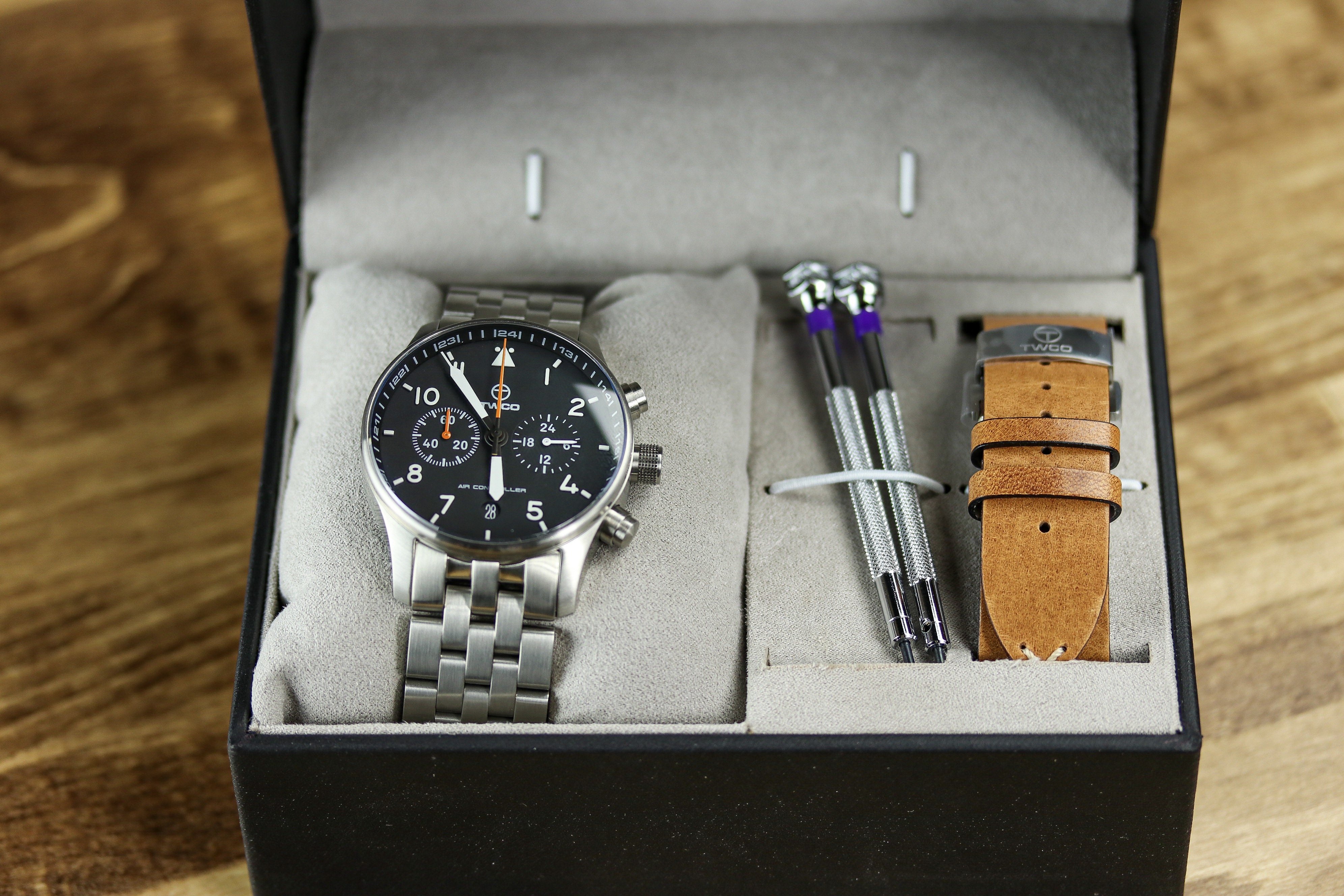 As I stated in the video, when this watch was first announced, I was a little disappointed. When Robbert, Owner of TWCO, told me a new Air Controller was coming, I assumed it was going to be an update to the existing AC model, a refresh if you will, maybe a new dial in the same case, different colors, maybe all DLC, etc. I did not know at the time it was going to be a chronograph either. A few months later, when I saw the TWCO Airc Controller Chronograph announced on social media, I was like “that looks nothing like the original. At all.” And it doesn’t. I would say the only similarity between the two watches is they both have a black dial and pretty much the same case back, which seems to be a trademark of sorts for all the TWCO watches. For reference, here is what the original model looked like. 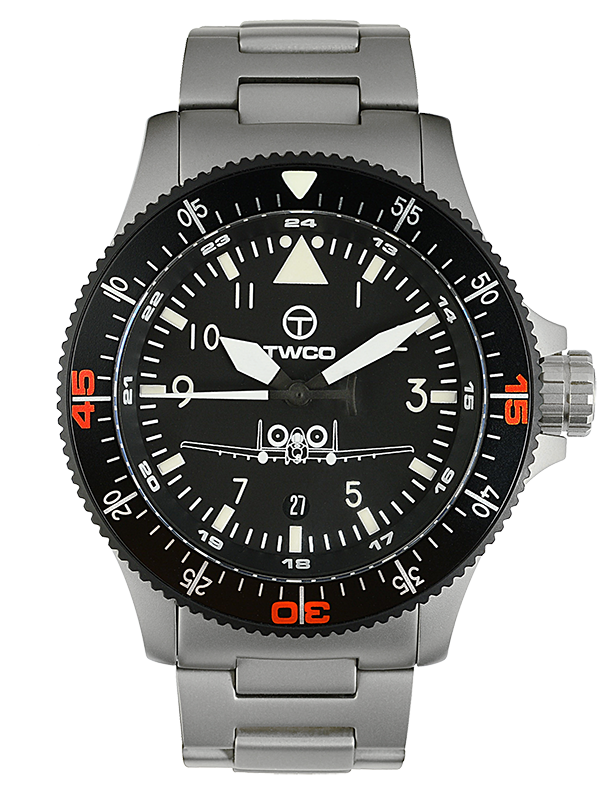 As you can see, vastly different. So, it begs the question, why the extreme departure from that design? Unfortunately, I do not know the answer. I do know that every time I showed someone a picture of that watch, the first thing they mentioned is why does that plane have to be so large and overtake the dial. I do not know TWCO’s sales numbers so I have no idea how well the original model sold, but being active on forums and groups as I am, I have not seen a lot of them posted over the years. Maybe that is one of the reasons. Another reason may be the cost. The new chronograph version is a completely different case and bracelet and movement and obviously allowed Robbert to come out with a watch under $400, which appeals to a different demographic. 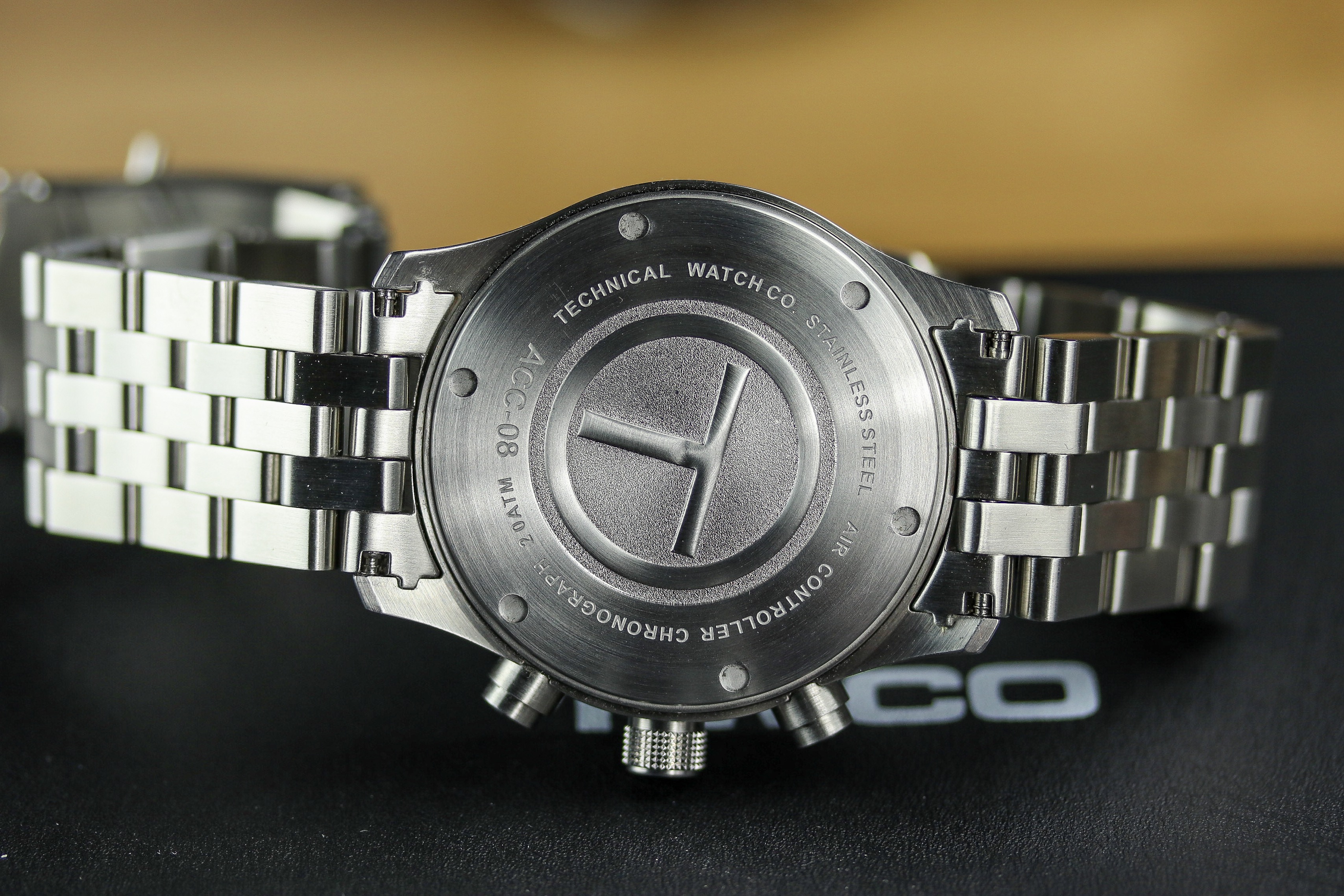 I have never seen the original model in person, but have handled and worn the Sea Rescue Diver, which is very similar in terms of styling and price. As I said, this TWCO Air Controller Chronograph is a completely different case and bracelet. but they did not skimp on the quality. The easy fact is, when holding this watch, with the exception of knowing it is a Meca-Quartz movement, I can’t believe this watch goes for $360. Now, let me be clear here. Yes, we have seen similar style watches to this for years. We have seen this case style in some form of another, we have seen the mutli-link bracelet and we have seen the knurled crowns as well. The big standout here is the machining and finishing.  Whatever factory is doing the work for TWCO, they are doing a hell of a job. Everything is smooth, every part well finished, and it just does not say to me, $360, at least in comparison to many other watches at the same price range. Yes, you can find a lot of watches these days with the same specs or better, but I doubt you will find one this well put together, with the same refinement and heft. 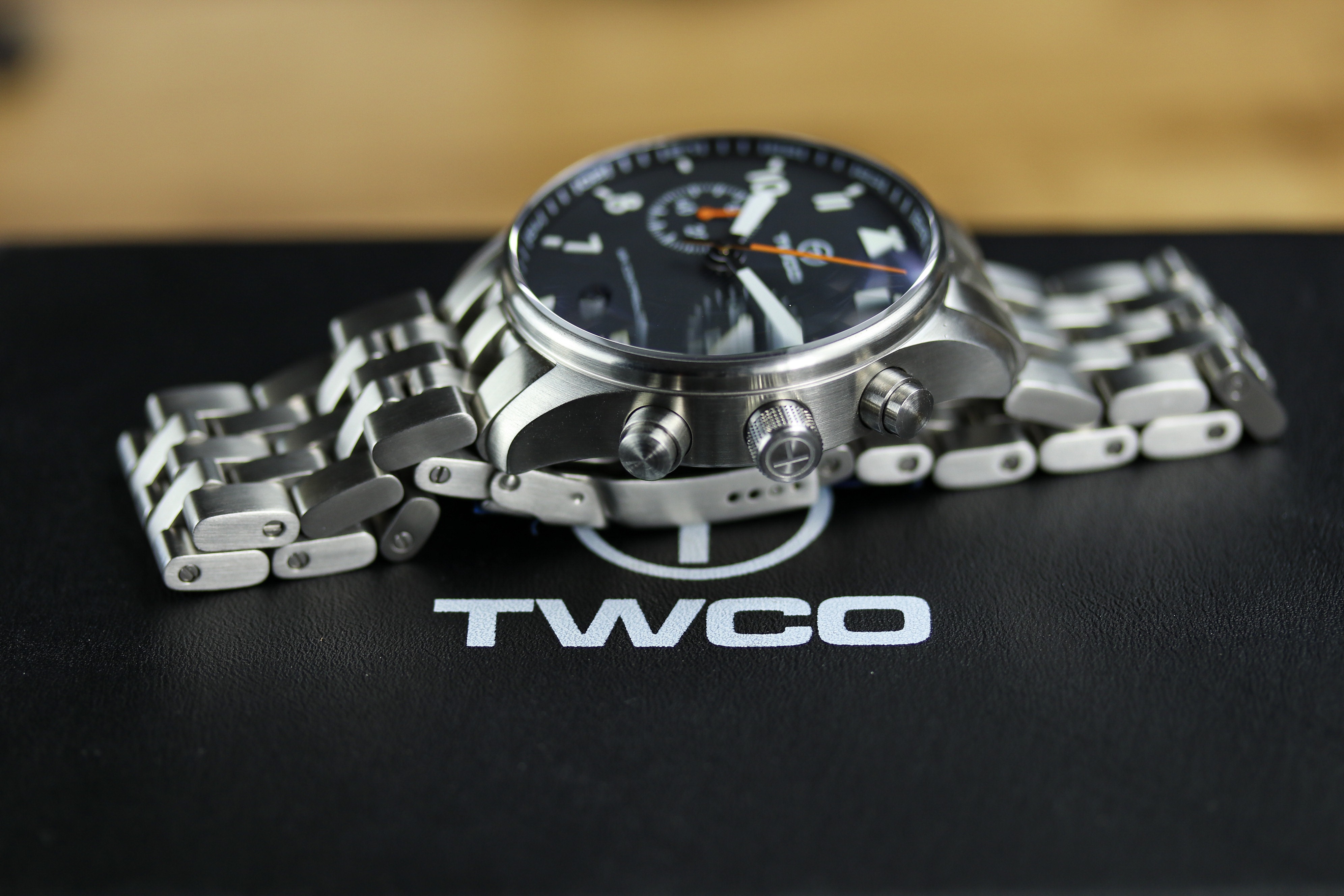 The TWCO Air Controller Chronograph looks like a lot of typical chronograph-styled pilot watches, and the dial is easy to read at a glance, as they have kept the text on the dial to a bare minimum. I think the biggest difference here is it is a two-eye chrono, compared to the somewhat standard 3 eye configuration. Something I do find odd though is the functions. You can only track up to 1 hour at a time using this watch, as the 3 o’clock counter is for 24 hour time. What is really odd about that, is that 24 hour time is also printed on the chapter ring, so I do not see a need for that duplication in function. Also, there is no running second hand on this model, only the chrono second’s hand. 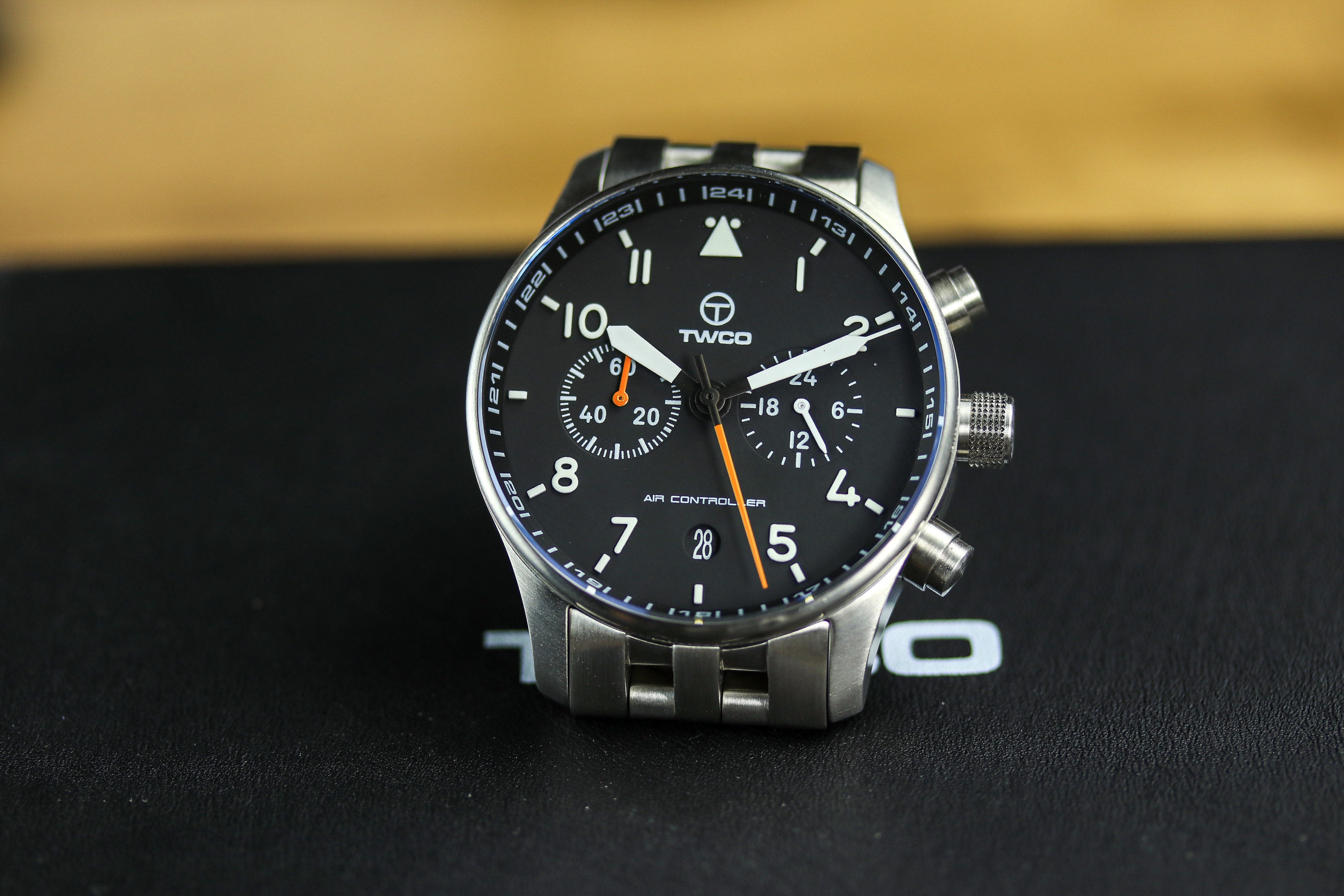 TWCO chose to keep this watch moderately sized as well, and as you can see from the spec list, this watch is a size that many will find appealing. On the bracelet, it is a little heavy at 195 grams, but that weight feels well distributed between the case and multi-link bracelet that it does not feel unbalanced on the wrist. Because this watch is offered with a leather strap as well, you can opt for that instead and it will cut down the weight considerably. The bracelet is well constructed and smooth, and so well articulated that you can literally stack the links on top of each other. It also includes half links and 4 micro-positions in the flip-lock clasp, that finding the perfect fit should be easy. My only real complaint; the two-piece screws. Instead of the one-piece screws that many brands use these days, you will have to take a little more time to size this watch, and a little more patience. It is not what I call hard, but it has been a while since I have encountered this and brought me right back to why I dislike it. Fortunately, two screwdrivers are included in the box. 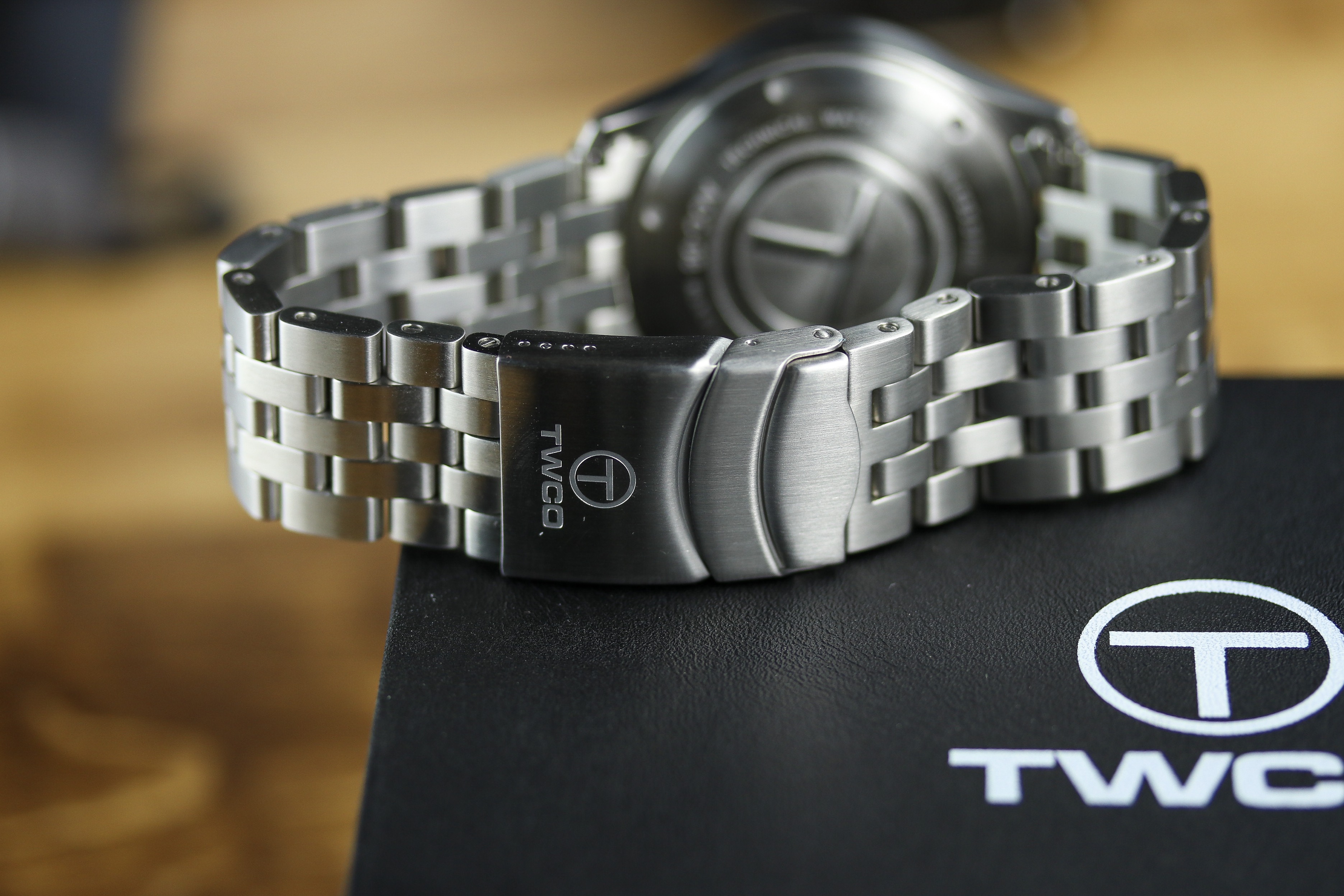 The other area that can use some improvement is the lume. While it does glow, it does not last that long and with the way they lumed the hour and minute hand, it looks very grainy in the dark. I do not know if it was a cost-cutting measure, or maybe if more lume was applied it would affect the weight of the hands and make them too heavy and thick. 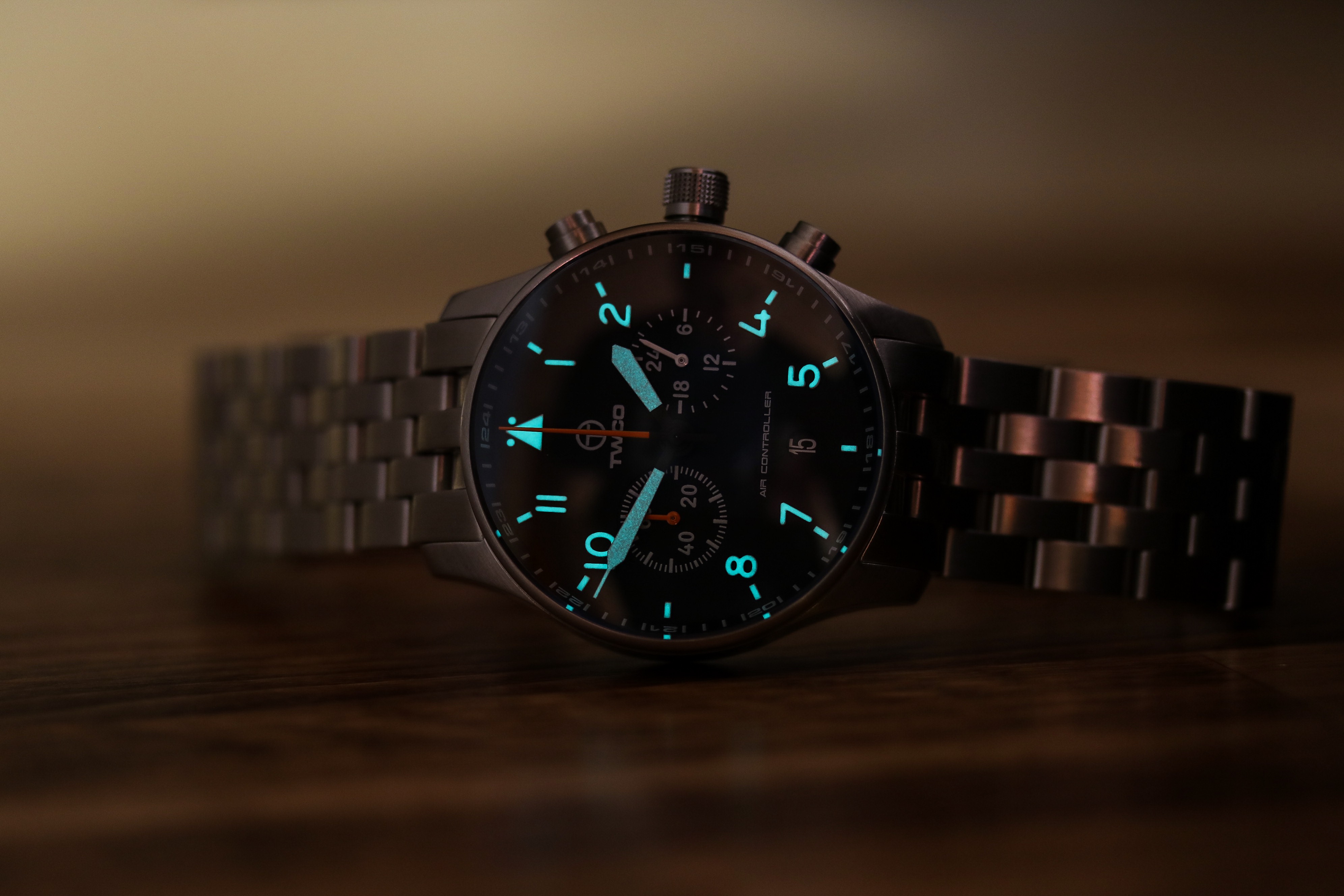 All around though, the TWCO is a great value, and one very nice, well-made watch. Though like most, it is not without a few faults, the ones I pointed out here are minimal, at least in my opinion. It is an attractive and solidly built watch, no doubt about that. This is another watch that I probably would not wear on a regular basis, the style is just not me. I am more drawn to the original AC model, but I can definitely see the appeal of the new TWCO Air Controller Chronograph. Keep in mind, this watch also has a screw-down crown and is 200 meters water-resistant, as well as having a domed sapphire crystal. This watch is sure to check a lot of boxes for many. 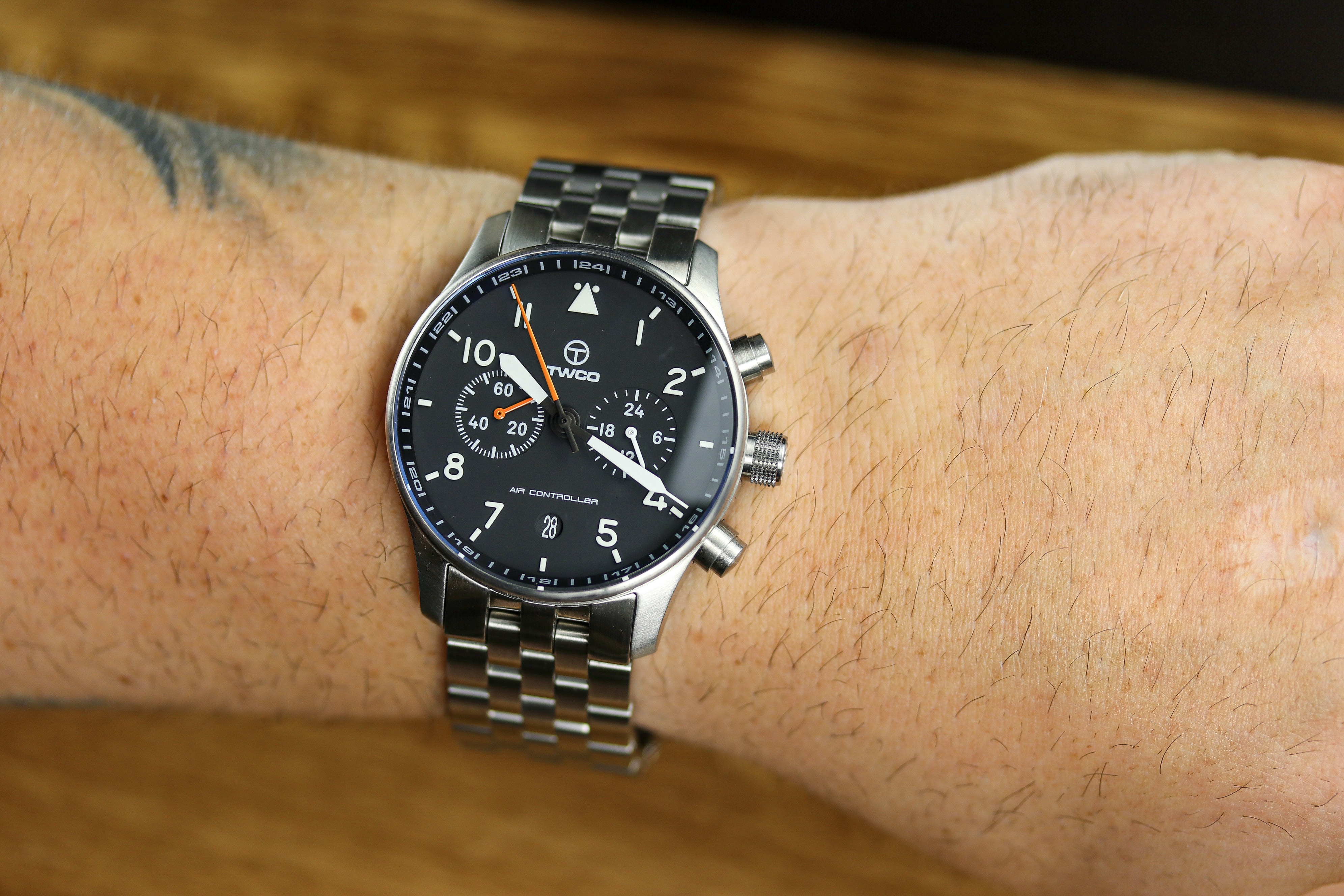 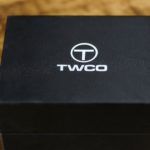 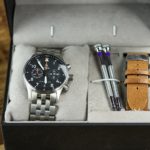 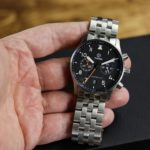 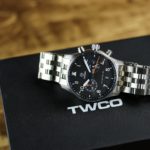 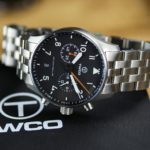 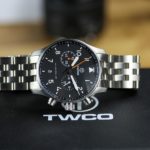 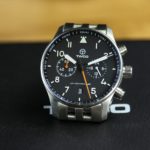 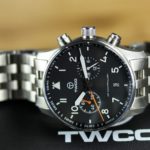 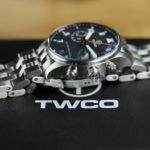 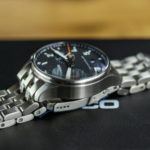 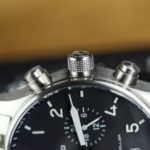 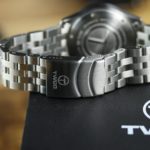 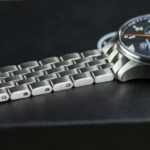 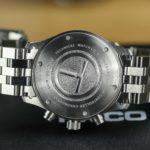 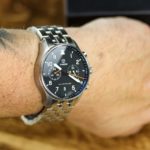 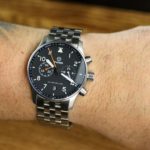 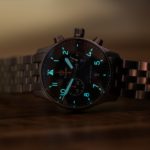 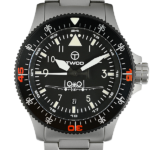