One of most exciting and challenging event – The America’s Cup – is celebrating its 35th anniversary this time. This time the event would see the participation of new catamarans cruising at speed of above 90km/hr. As we know that the event sees the participation of the best sailors from around the world, the administrators have decided to select watchmaker Panerai who is famous for its rugged designs and will be most suitable for demanding environment of this event. 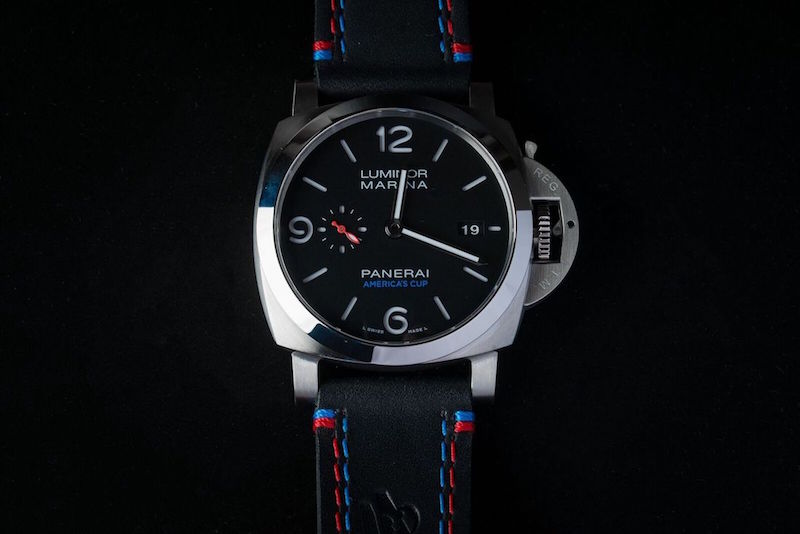 The Luminor Marina 1950 3 days Automatic is the right choice for this occasion. For this event, Panerai has got a red seconds hand with its 300 pieces limited edition model. Also, the strap stitches have been done using the red and blue colored threads, which are the official colors of America’s Cup. This watch is powered by Panerai’s manufacture caliber P9000 which is placed in a solid steel case back engraved with the logo of the cup. 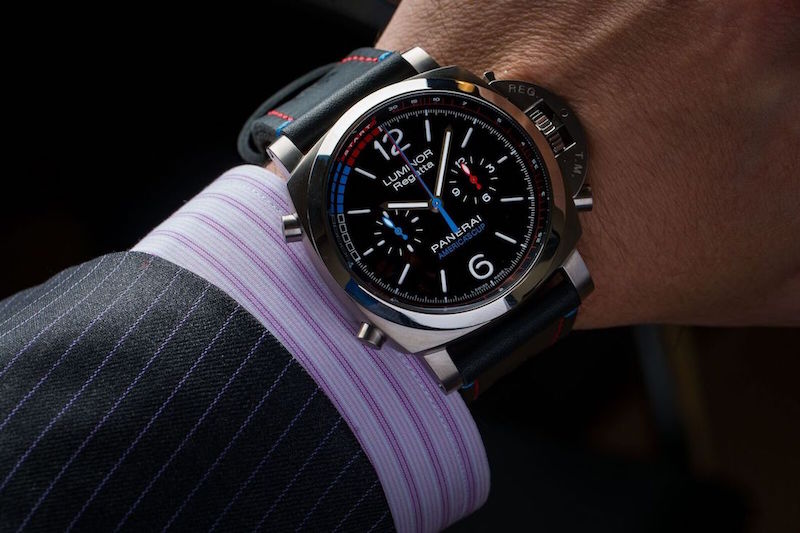 In addition to being the official partner of the entire event, Panerai is also the sponsorer of two contestants participating in the event. One is the two-time winner team of the event, the ORACLE TEAM USA. Panerai has announced three limited edition watches for the team. 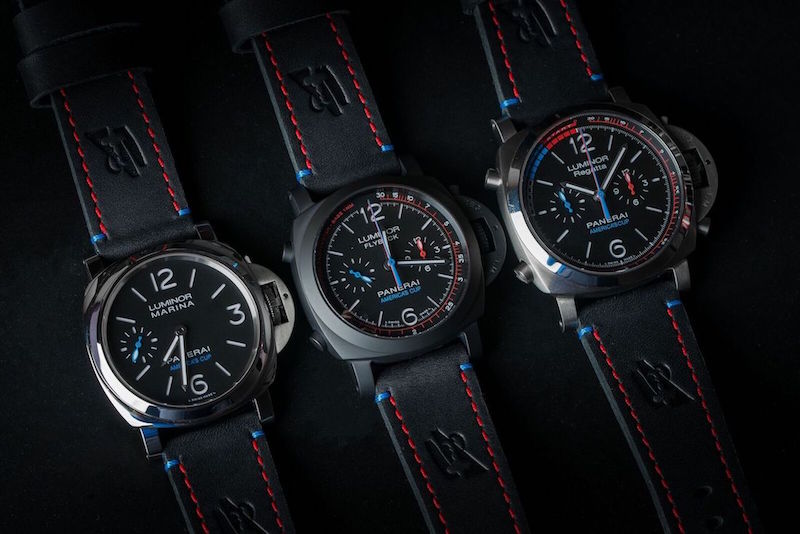 The first of the three is based on Luminor 1950 3 Days Chrono Flyback Automatic in black ceramic. However, this watch now hosts colors of America’s Cup with a special engraving of the team’s name on its back case. As a special gesture, Panerai has installed a new Tachymeter scale in the watch, that lets the user measure their speed.

The second models feature a regatta timer that lets that allows keeping a track of countdown for the start of the race which is very crucial for the race as per the rules. The edition comes crafted in titanium. 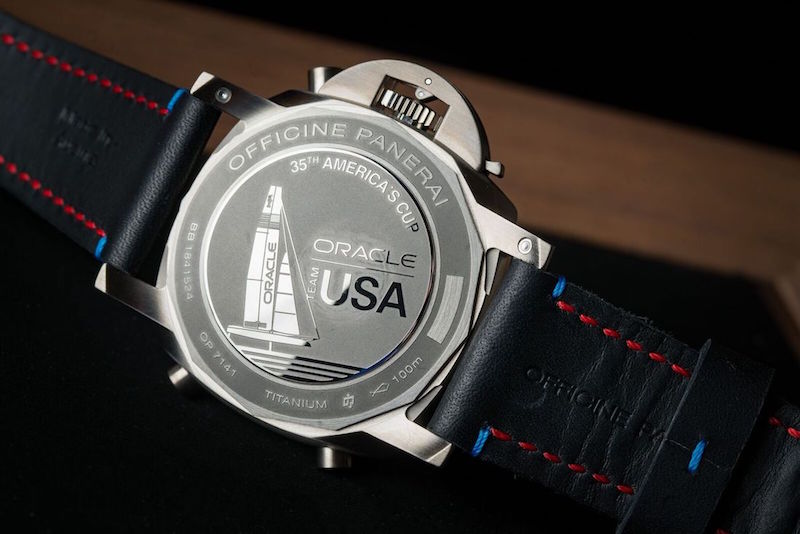 Last, of three models for the ORACLE TEAM USA comes in steel showing up the colors of the cup along with an engraved back case. The belt stitches are done with red and blue colored threads.