A look at the Zelos Hammerhead II 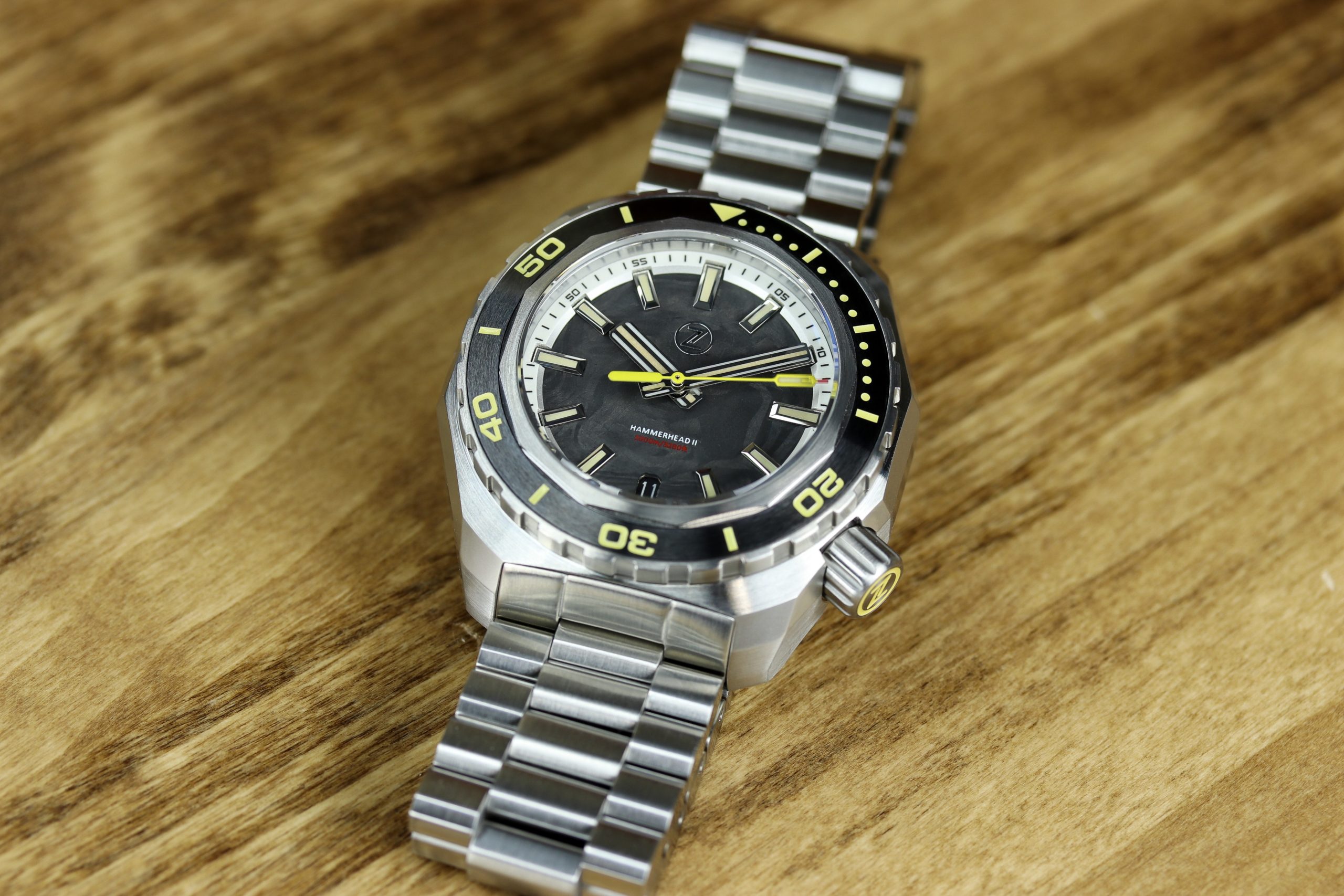 Long-time fans of Zelos surely know the Zelos Hammerhead, a chunky cushion-shaped style dive watch that has proven to be one of their best selling models.  Because of that, Zelos has recently released the Hammerhead II. While the Hammerhead has had a few variations through the years, this second edition is updated with a slightly new dial, a Helium Release Valve and a new bracelet and clasp. Customers have a choice between many dial options, movements, and stainless steel or bronze cases. 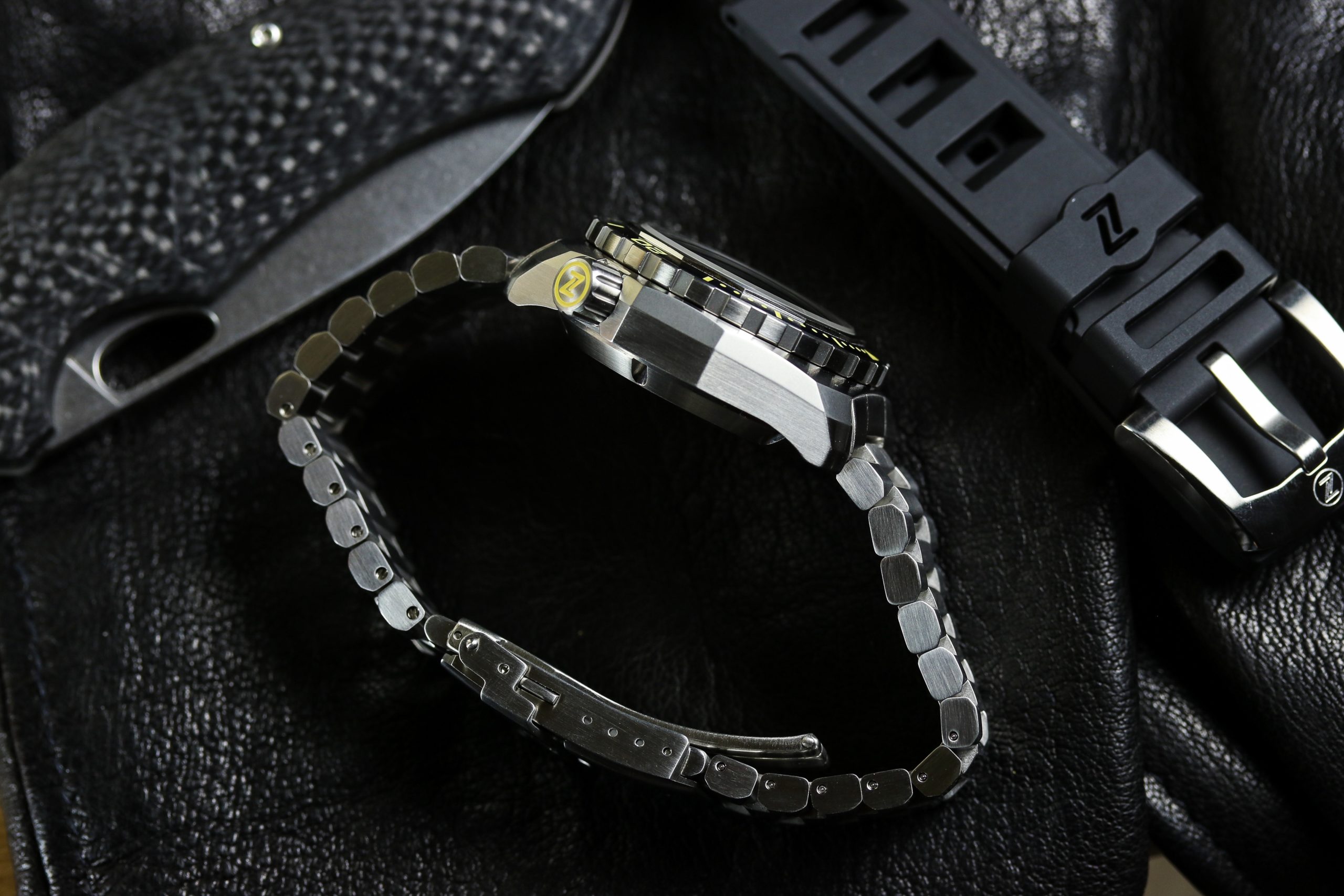 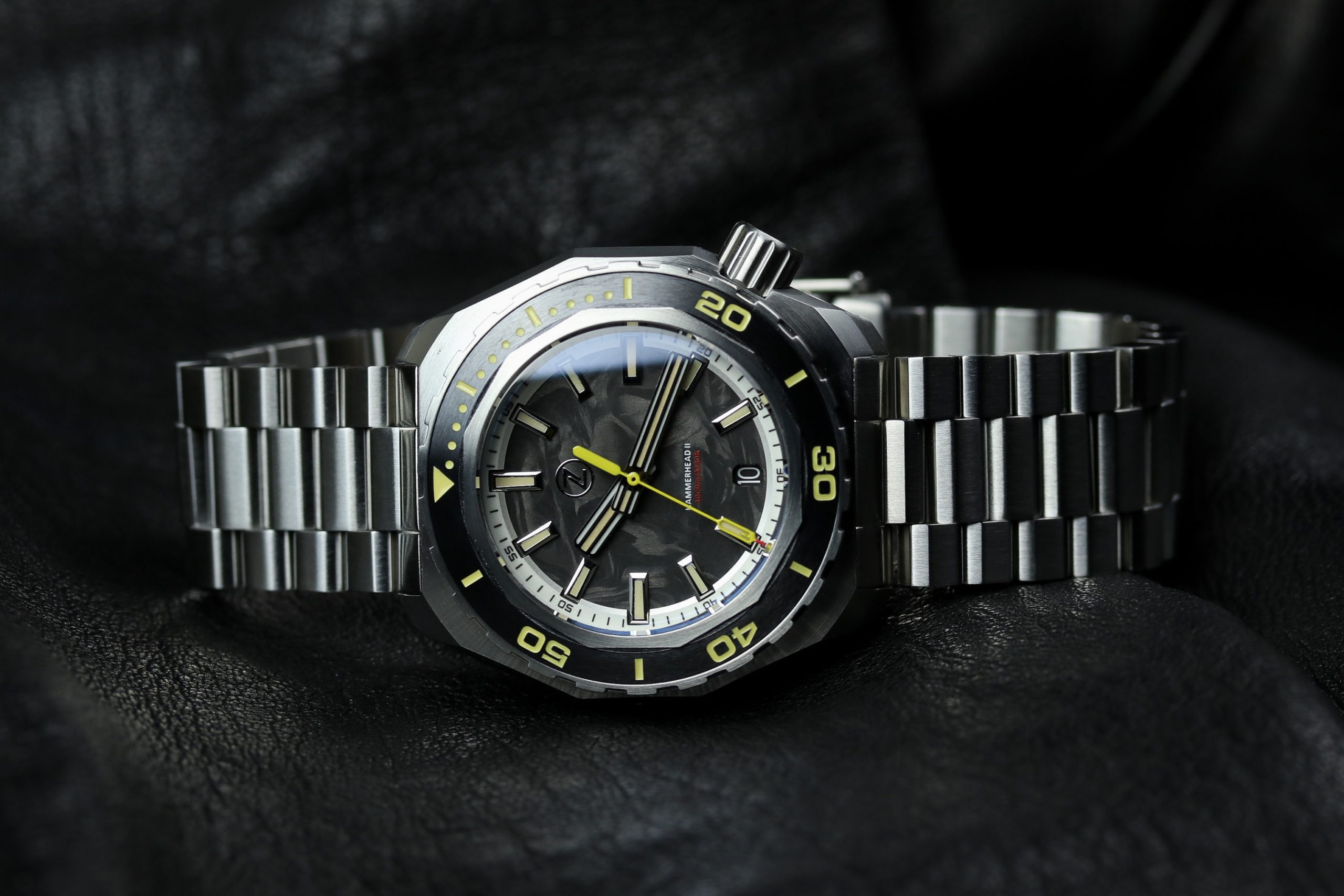 The Zelos Hammerhead II has the same case dimensions as the original, but the case is improved with a sharper, more angular design, giving a better aesthetic all around. As seen on the non-crown side of the case, a Helium Release Valve has been added, for those saturation divers that may be looking for a new watch. The Hammerhead is of course rated for extreme depth as well, 1000m in fact.  For the rest of us, including us desk divers that will never use the HRV, I am glad it is an automatic one instead of another crown on the case, as it is just not a feature most of us will ever need. 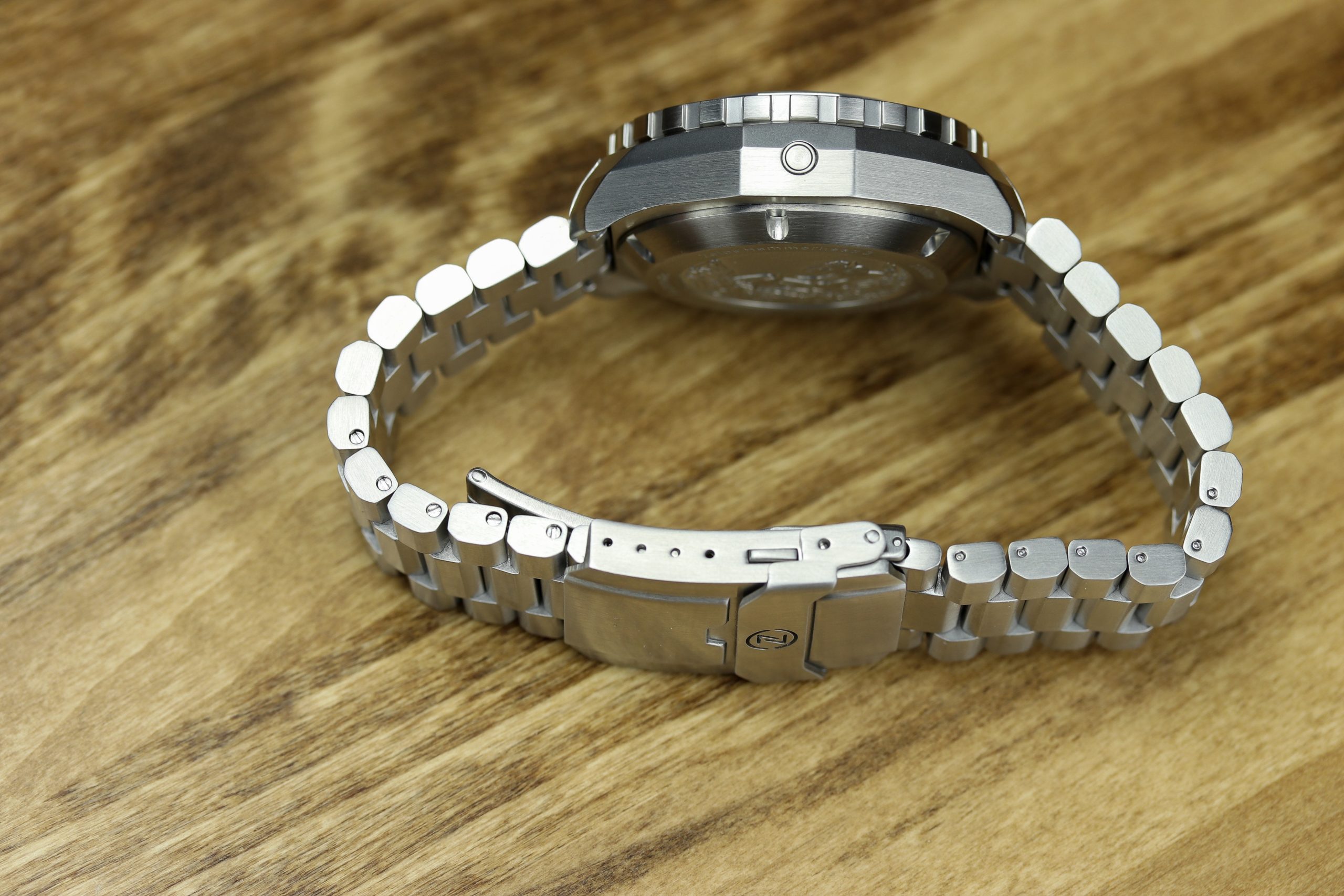 The Hammerhead II comes in a crazy amount of variations, too many to list here, but the ones that stood out to me are the Meteorite dial and bezel and the one I have in hand, the carbon dial. The carbon dial is listed as “forged carbon”, which is really just carbon fiber mixed with resin and creates this unique look. Because of the manufacturing process, no two will be exact. I chose the carbon to review because I have reviewed the titanium meteorite version in the past and even though the meteorite bezel insert was a new addition, this forged carbon dial has never been done on a Hammerhead before, and I thought it would be good to showcase it. 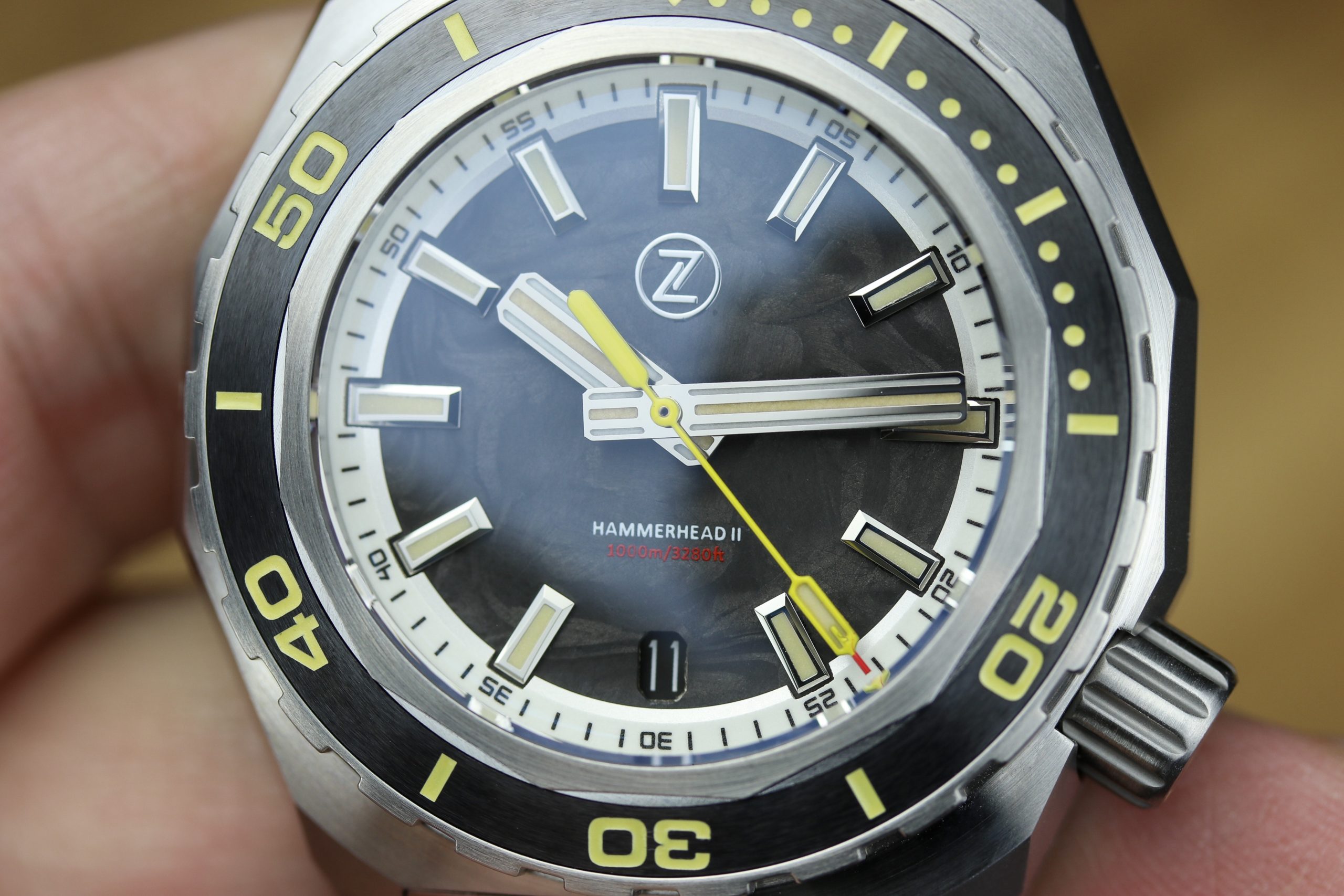 The domed sapphire crystal does have an internal AR coating of course, but because of it being domed, it makes it difficult to capture the dial at times. It really is a beautiful dial and at first, I was not sure about the use of yellow and vintage lume coloring, but in person it really does pop and all silver and black might have been too monochromatic. Zelos also kept the Hammerhead II uncluttered with text and put the date a the 6 o’clock position, a favorite of mine.

As with many microbrands these days, it is all about options. Zelos is no different. I appreciate that they are giving customers so many options, but it can also be a little overwhelming for someone to have to decide, and I can’t imagine it is easy for the brand either. Beyond all the dial colors, let’s not forget this is also available in bronze, different bezel materials and you can decide between two movements (Seiko NH35 OR ETA 2892). There will be an external difference depending on the movement you choose-NH35 will get a solid case back with Hammerhead Sharks as shown below and the ETA will have an exhibition case back with a custom rotor. 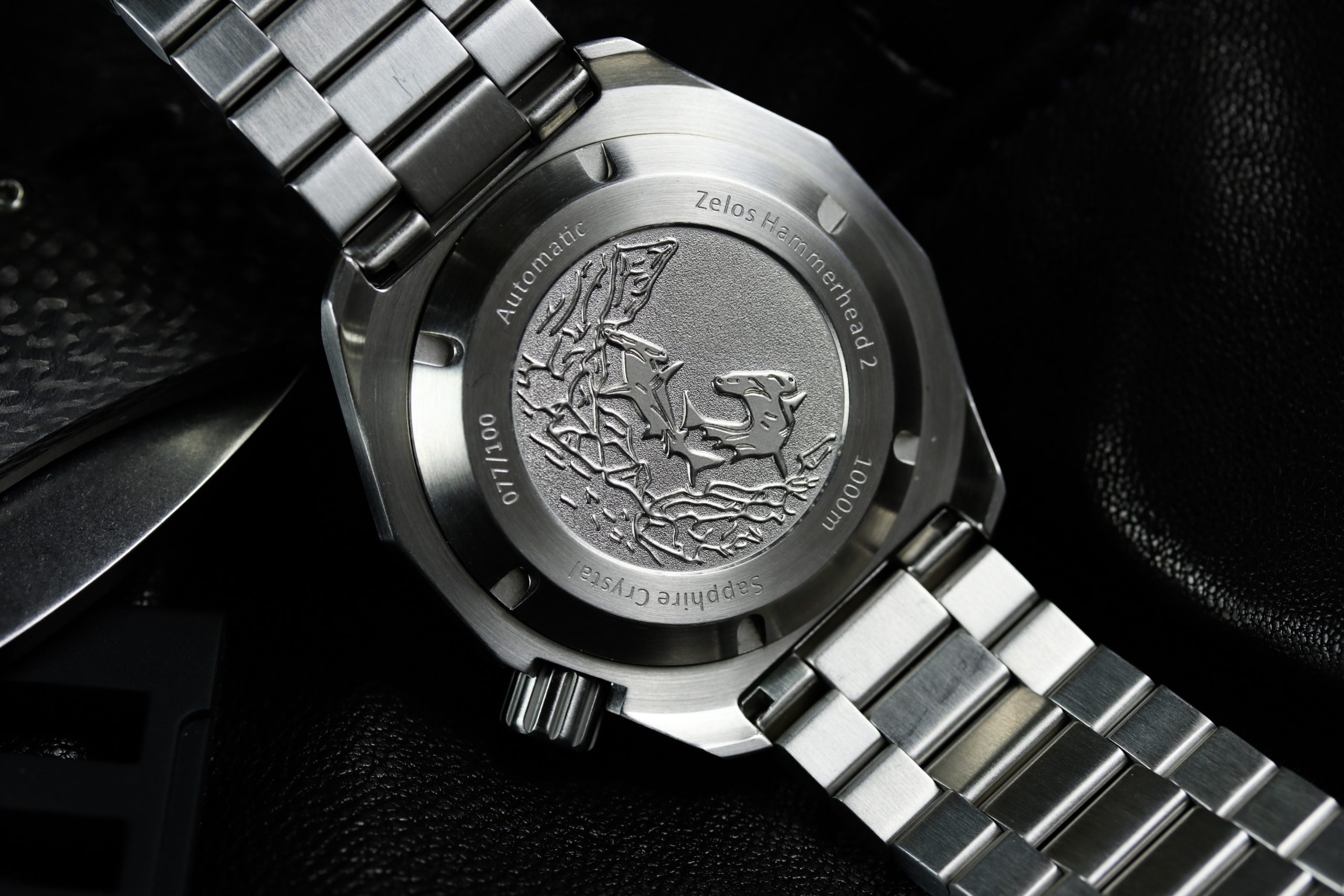 The Zelos Hammerhead II has an upgraded bracelet, slightly smaller links though just as thick as before, it allows the watch to drape a little more comfortable on the wrist. Also gone is the rachet extension clasp. I know many are probably bummed about that, but I think it has been oversaturation of that particular clasp by so many brands and while it does offer an easy way for someone putting it over a wetsuit or the rest of us where our wrist has swelled during the day, the new clasp just plain looks better. The bracelet links are held together by screws and you still have a little room to play with the 4 micro-adjust holes in the clasp, but you will not find a dive extension, something a little odd for a 1000m dive watch. Instead, you will find an Isofrane-style rubber strap ( a very nice strap) to use for your ocean explorations. 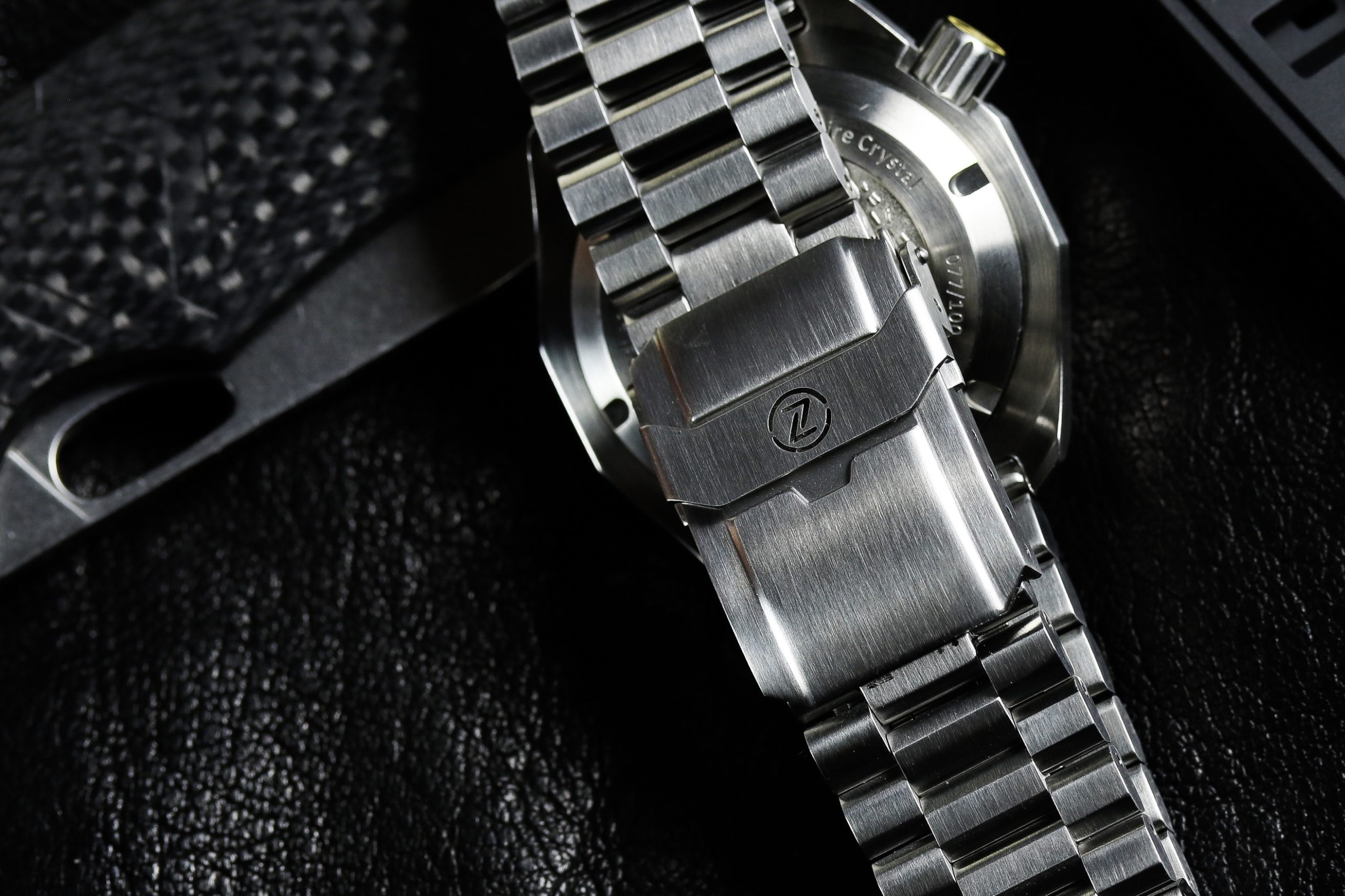 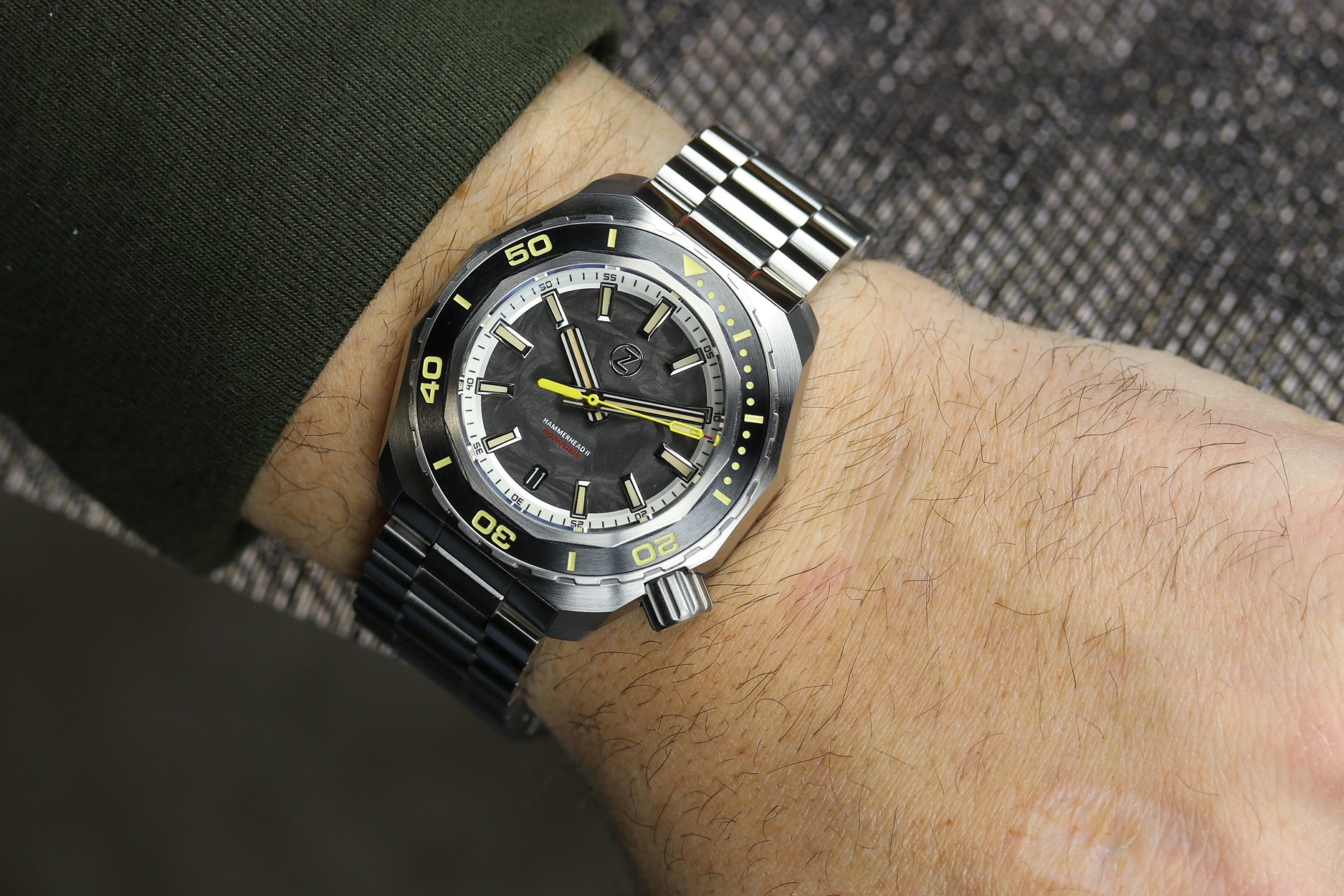 Because of the short lug to lug, the Hammerhead II wears great on my 7 1/2 inch wrist. It is one of the heaviest watches I have worn in some time though, coming in at 261 grams! That is a beast for sure, but it is balanced out with the case and bracelet and the thick and substantial rubber strap makes wearing the watch just as comfortable. 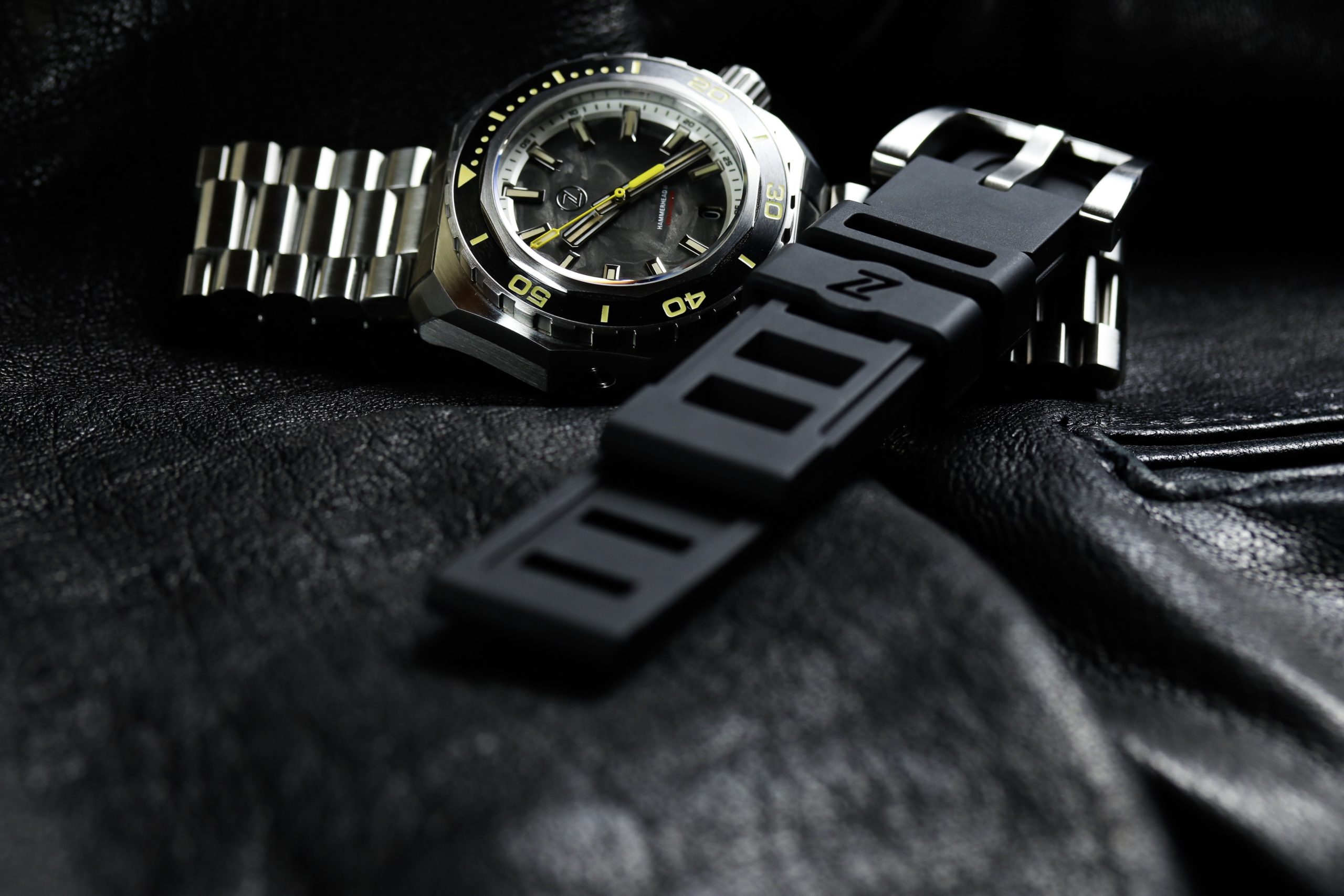 Zelos definitely hit a home run when they released the original Hammerhead almost 4 years ago now. I still think the titanium version may have been my favorite, but that is due it being much lighter in weight. I know many love a thick and heavy watch, and this one should satisfy, but because of its overall size and how it wears, people who wear smaller watches most of the time should still give this one a try, I think you would be surprised how well it hugs the wrist. As with most Zelos watches, the Hammerhead II is well made for the price and there is an option this time for almost everybody (even though there were no DLC variations :-(. The Hammerhead II is a slight update to an already great watch and I hope to see even more variations of this model down the road. 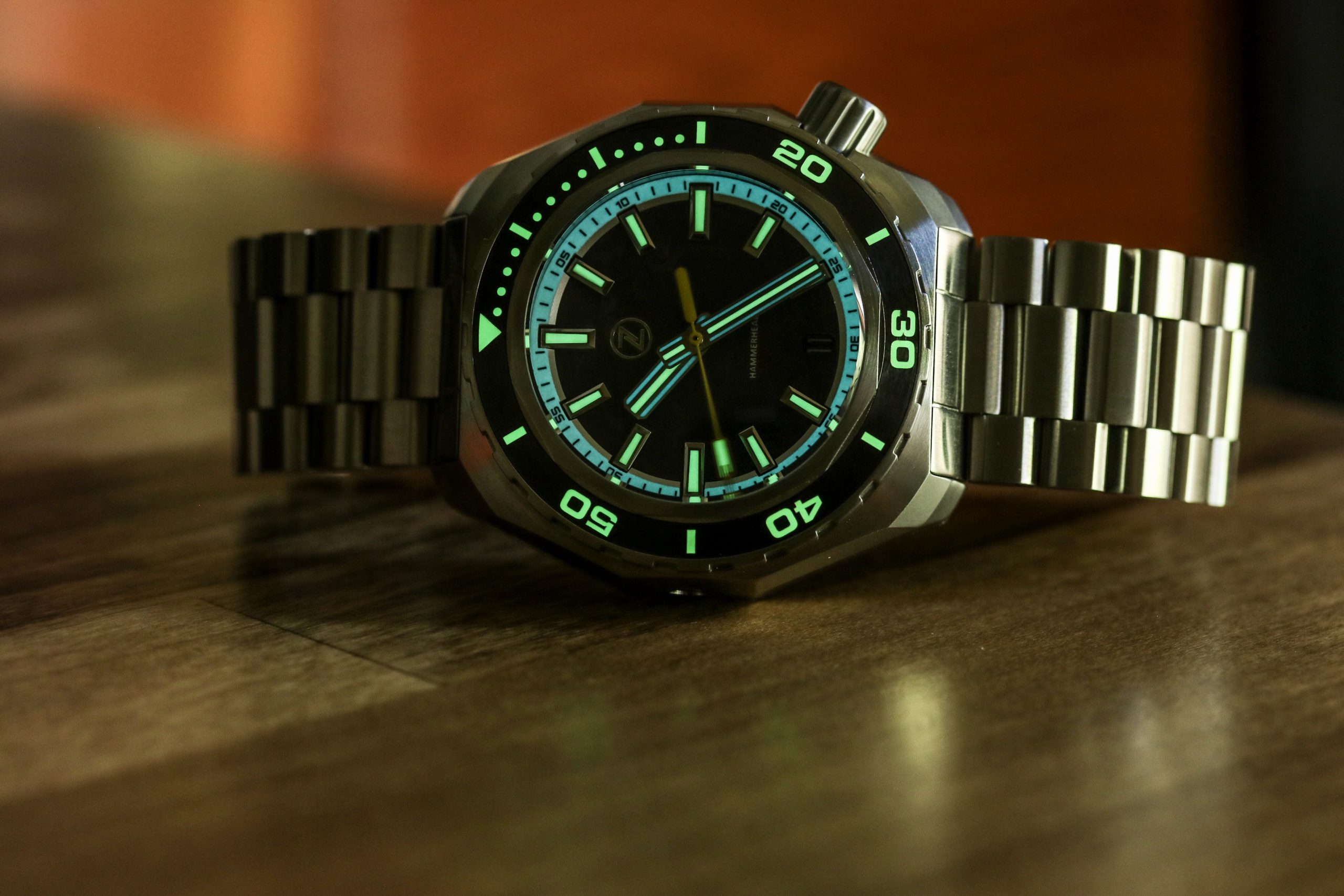 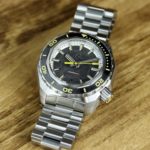 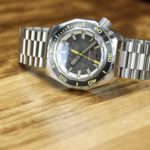 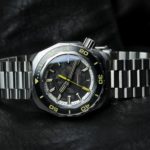 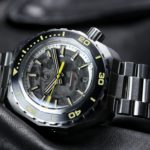 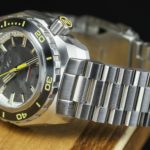 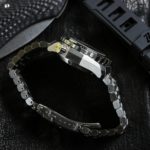 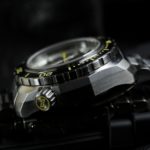 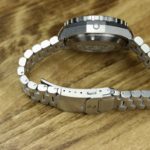 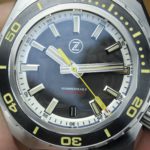 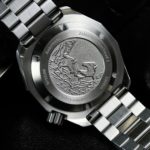 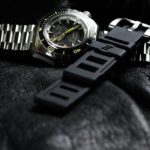 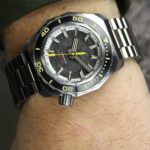 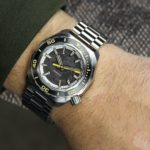 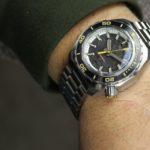 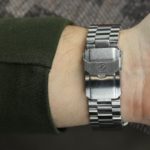 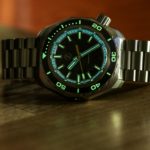 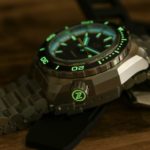