Review of the Casio G-Shock GXW-56-1BJF The new Casio G-Shock GXW-56 — and its American counterpart, the GX-56 — are proof that huge is the new big. With a case 55.5mm wide at its widest point, and 17.5mm high, the GXW-56 is the biggest G-Shock ever made. (Yes, they are even larger than the venerable Frogman.)

(Before going any further, I want to point out the differences between the GXW and the GX. The GXW is the Japanese version and has multi-band atomic timekeeping. The GX is the American version which is less expensive, and has all the features of the GXW except atomic time calibration. This review focuses specifically on a GXW-56-1BJF which I imported from Japan in order to get atomic time calibration, but most of what I cover here pertains to the GX, as well.)

The thinking behind the GXW-56 (and the GX-56) is that, in the overall scheme of things, typical G-Shocks simply aren’t all that big anymore. Yes, they are certainly bigger than your average timepiece, but if you look at the watches that are really driving the trends right now, G-Shocks don’t completely dominate in terms of size. So in order to maintain their status as trend-setters (and make no mistake — G-Shocks are as much about fashion as they are toughness; if you don’t believe me, read my coverage of Shock the World), it was time for G-Shocks to take the next step.

Fortunately, Casio decided to do something constructive with all that extra space in the case: they filled it with aGEL which they describe like this:

So what is this mysterious new aGEL material? aGEL, or Alpha GEL, is the brand name for the soft silicone gel material which was first made famous by Asics Gel running shoes, and it helps to make the GXW-56 even more shock and vibration resistant than your standard G-Shock.

But the GXW-56 isn’t all about size. It also has the functionality and features that we’ve come to expect from G-Shocks. Here’s an exhaustive list:

So the big question on everyone’s mind whether the GXW-56 is actually too big. I say it’s not. When I initially got it, I fully expected to eventually pass it along to someone with a wrist as large as my biceps after the review. However, after wearing it for a few days, I’ve really come to like the size and the presence, and at this point, I have no intention of letting it go. It is now officially the newest member of my permanent G-Shock collection.

Watch sizes are like haircuts. Sometimes it takes a couple of days to get used to them, but once you do, they feel completely natural. Rather than it feeling big, my other watches now feel too small. To me, the size, bulk, and presence of the GXW-56 simply represents more of a very good thing. 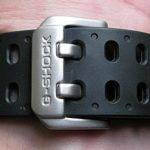 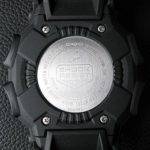 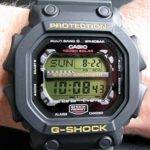 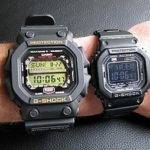 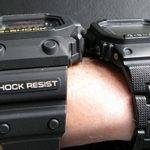 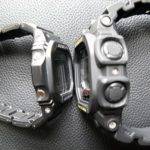 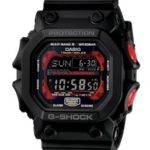 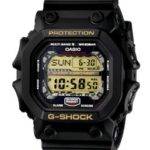 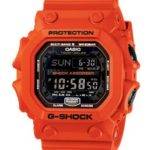 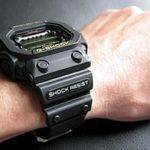 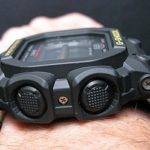 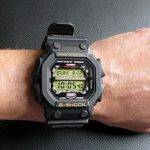 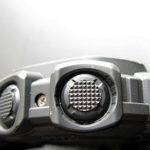 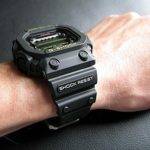 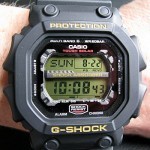