The Elliot Brown Tyneham is a hard use watch that does not necessarily look like the typical hard use watch. Think the INOX, but without all the marketing hype. When I say marketing hype, I am not trying to downplay the INOX, I have reviewed 2 different models here on Watchreport. I think they just went a little overboard with the marketing. With the Tyneham, there are some great features built into this watch that aren’t noticeable to the naked eye, but triple seal crowns and a shock resistant movement holder are a few of them. The Tyneham is also the first automatic from Elliot Brown, something fans of the brand have been wanting for quite some time. 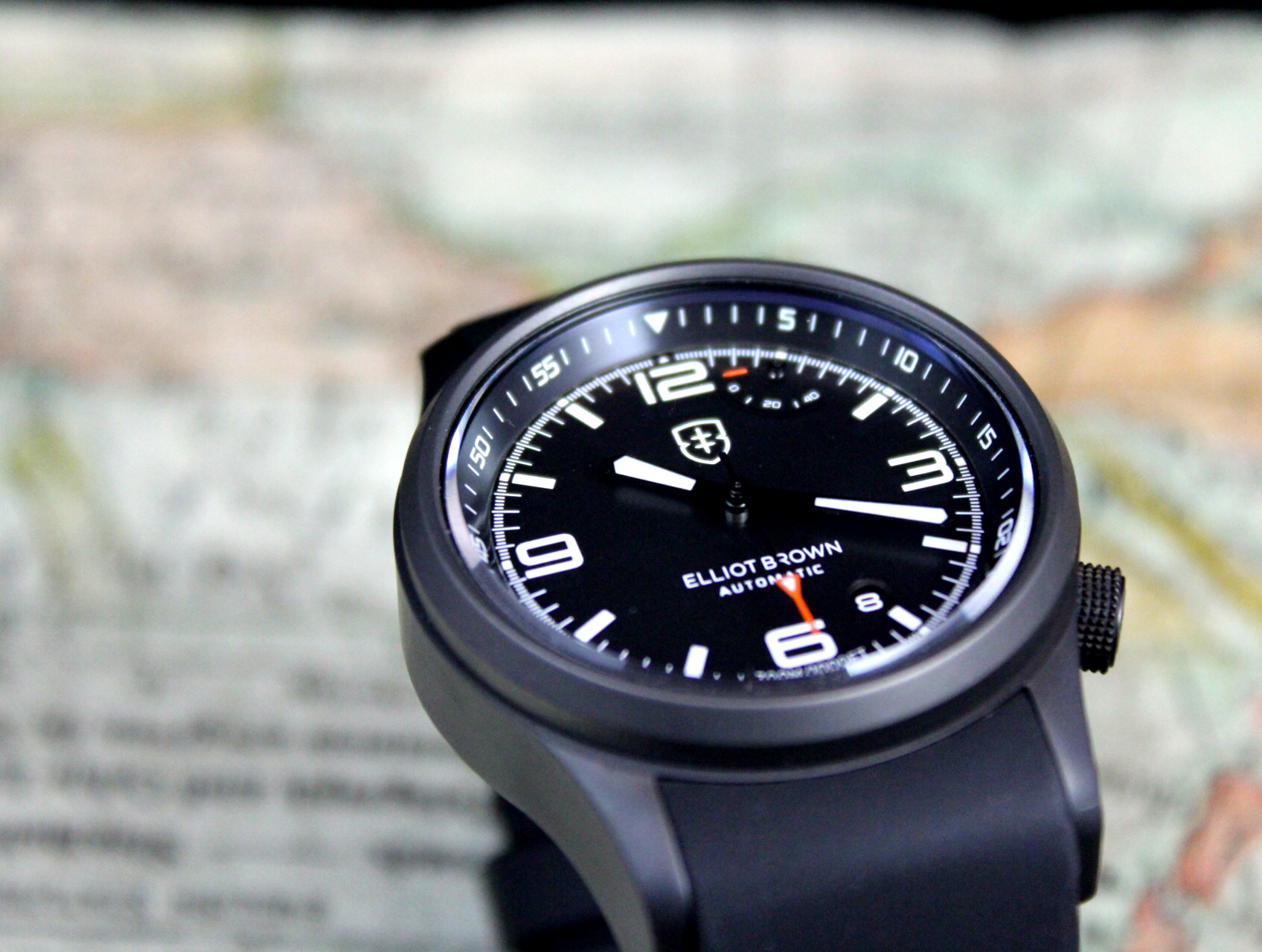 The first thing you may notice about the Elliot Brown Tyneham is that the case might look familiar. That is because it is based on the Canford, a dual crown quartz model from Elliot Brown that I reviewed here about 2 years ago on Watchreport. While the base case may be the same, pretty much everything else is different. This time you only have one crown, located at the 4 o’clock position, a completely different dial, and as I stated before, an automatic movement, the Miyota 9130. At first I thought the use of the Miyota 9130 movement was a strange choice and I still do not know if the watch was originally designed with this movement in mind, or if the higher price and availability issues of the Miyota 9015 were a contributing factor. After a few weeks with the Elliot Brown Tyneham I have embraced the use of this movement, mainly for the power reserve on the dial, something I initially disliked. Much like the 9015, the 9130 movement has a smooth sweep hand and dependable accuracy. Because of the use of the automatic movement, Elliot Brown wanted to make sure the Tyneham was just as capable of taking whatever you can throw at it, like you can with their quartz watches. That is where the 360 shock resistance comes into play. From the website: “The first line of defense is a stainless steel movement cage, surrounded by our proprietary shock absorber allowing the whole assembly to float inside the outer case. Secondary shock resistance comes in the form of the balance staff shock protection system built into the movement”. The gunmetal PVD with rubber strap was instantly my favorite version of the Elliot Brown Tyneham, for a few reasons. One, I am starting to really love gunmetal PVD cases. It has that darker more subdued look, but has a little more character to it than full matte black. I also chose this version for review because of the modified sword hands. I am not really sure if that is what these are called, but that is what I am going with. The Tyneham is available in a few different versions, different dial colors, straps, handset and a choice of solid stainless screw down case back, or an exhibition case back. The orange accents against the black dial was another reason I went for this version, that little pop of color makes this one a little sportier, where as some other variations are more dressy. The power reserve indicator was not something I loved at first, but it has grown on me, and I like how it is symmetrical with the date window as well. 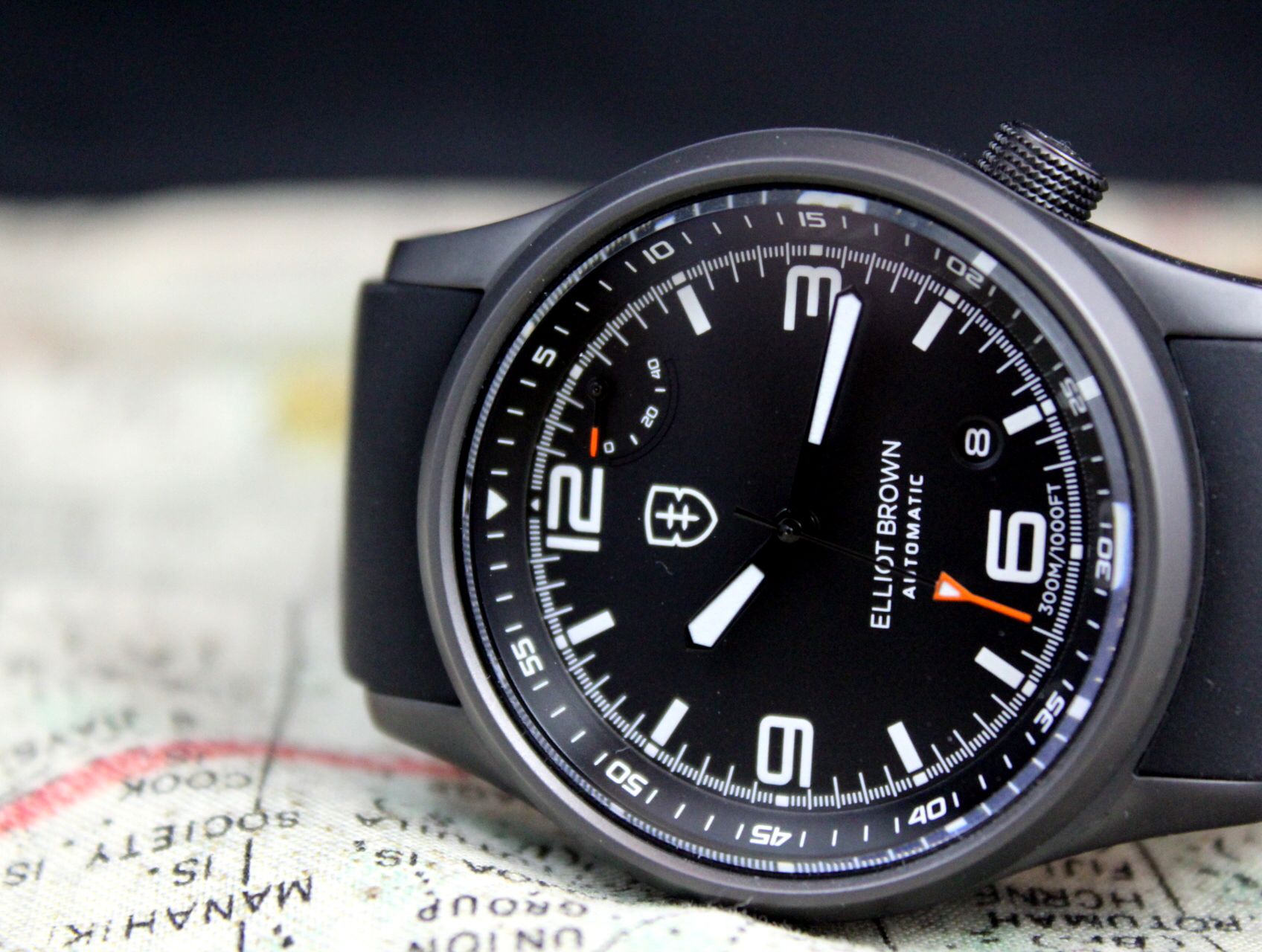 What else makes the Elliot Brown Tyneham a “hard use” watch? The bezel is case-hardened to 6 times harder than marine grade stainless. This is a feature that the aforementioned INOX could really use, as anyone who owns one of those knows how much of a scratch magnet the bezel can be. Now, it would have been great if the entire case was hardened like the bezel is, but that probably would have upped the price considerably. With that said, we usually bump or bang the bezel area the most, so knowing it should hold up to most daily abuse is a damn good thing. Something that surprised me was that the crown does not screw down, yet the water resistance of the Tyneham is 300 meters. This is achieved by the use of triple seals, so it is sealed in all positions. Full transparency, I did not test to any extremes. I wore it in the shower, I submerged it while washing dishes many times, and I put it in a tub full of water for a few hours to check it out, but I did not go swimming or diving with it, as I am an admitted “desk diver” From my testing though, it held up just fine. This particular version as do a few others of the Tyneham comes with a fitted natural rubber strap. Because it is fitted it does not have any gap between the lugs like a normal strap would and though it does bow out somewhat from the case, it does not effect the comfort when being worn. To compliment the fitted custom rubber strap is a custom buckle, with engraving and cross hatch machining on the sides. If you haven’t noticed yet, the trend with this watch is custom, as nothing seems to be off the shelf. I have not removed the rubber strap but with the screw bar attachment, it should be no issue. I normally change up the straps on a watch but just didn’t feel the need to with the Tyneham as I like the fitted look. I did notice one version on the site has a standard strap, and the gap is very minimal as it seems the lug holes are close to the case. Coming up with a summary can sometimes be a difficult task, at least for me. I am not here to sell you a watch, so I never want to come off as such. All I can do is sum up my feelings on the watch, in this case the Elliot Brown Tyneham. Very simply, I love it. Previous EB models have been reviewed here, the Canford and the Bloxworth. I personally reviewed the Canford, and I thought it was a good watch as well, but the technical and aesthetic upgrades present on the Tyneham have made good, great. The size of 41mm is a size I am becoming more and more comfortable with, and while initially the price might sound high, when you see all this watch offers, it definitely is not. This is not your typical microbrand wristwatch. Every part of this watch is custom made for Elliot Brown, it is tested and is intended to be used, and used hard, all while still looking good. Elliot Brown seems to have a great following, and it is easy to see why. I love the Tyneham and am excited to see what their next model brings to the table. 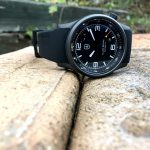 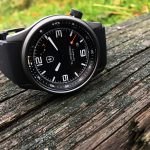 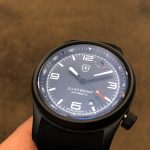 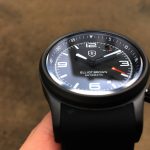 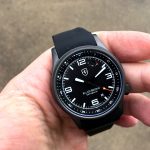 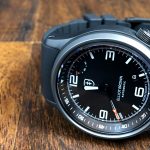 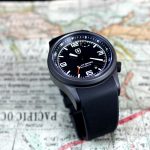 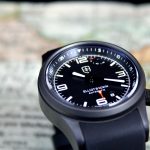 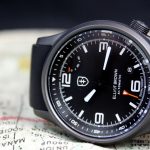 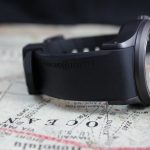 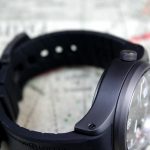 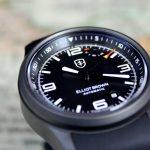 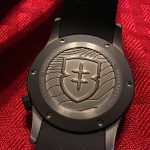 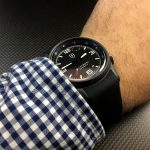 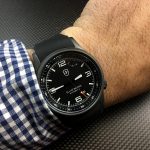 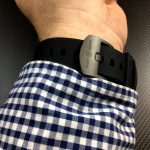 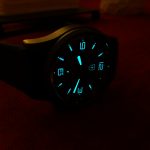