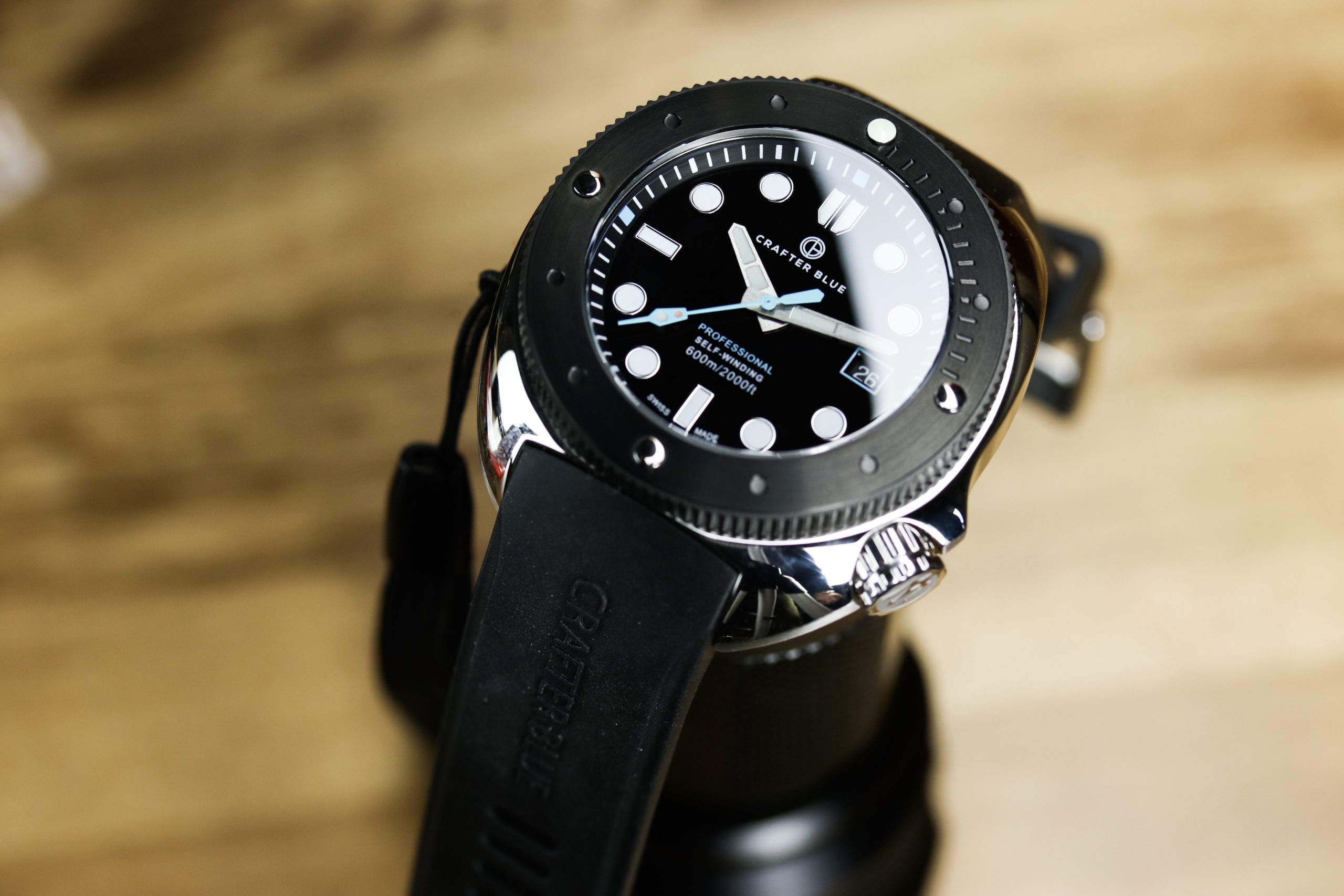 Earlier this year we had an article about the Crafter Blue Hyperion when it launched on Kickstarter. The initial batch of watches has now shipped and the Hyperion is available for purchase on the Crafter Blue Website. I have to say, this is an unusual review for me, as I don’t believe I have ever reviewed the same (or mostly the same) watch twice by two different brands. In the review video, I talk about what I think happened with the Undive Brand (the original version of this watch), so I won’t repeat myself here, though needless to say this has all been a strange journey for this dive watch. With all that out of the way, the formerly Undive Watch is now upgraded as the Hyperion with a Swiss Movement, now being Swiss Made, a new rubber strap and now for the first time with a bracelet as well. 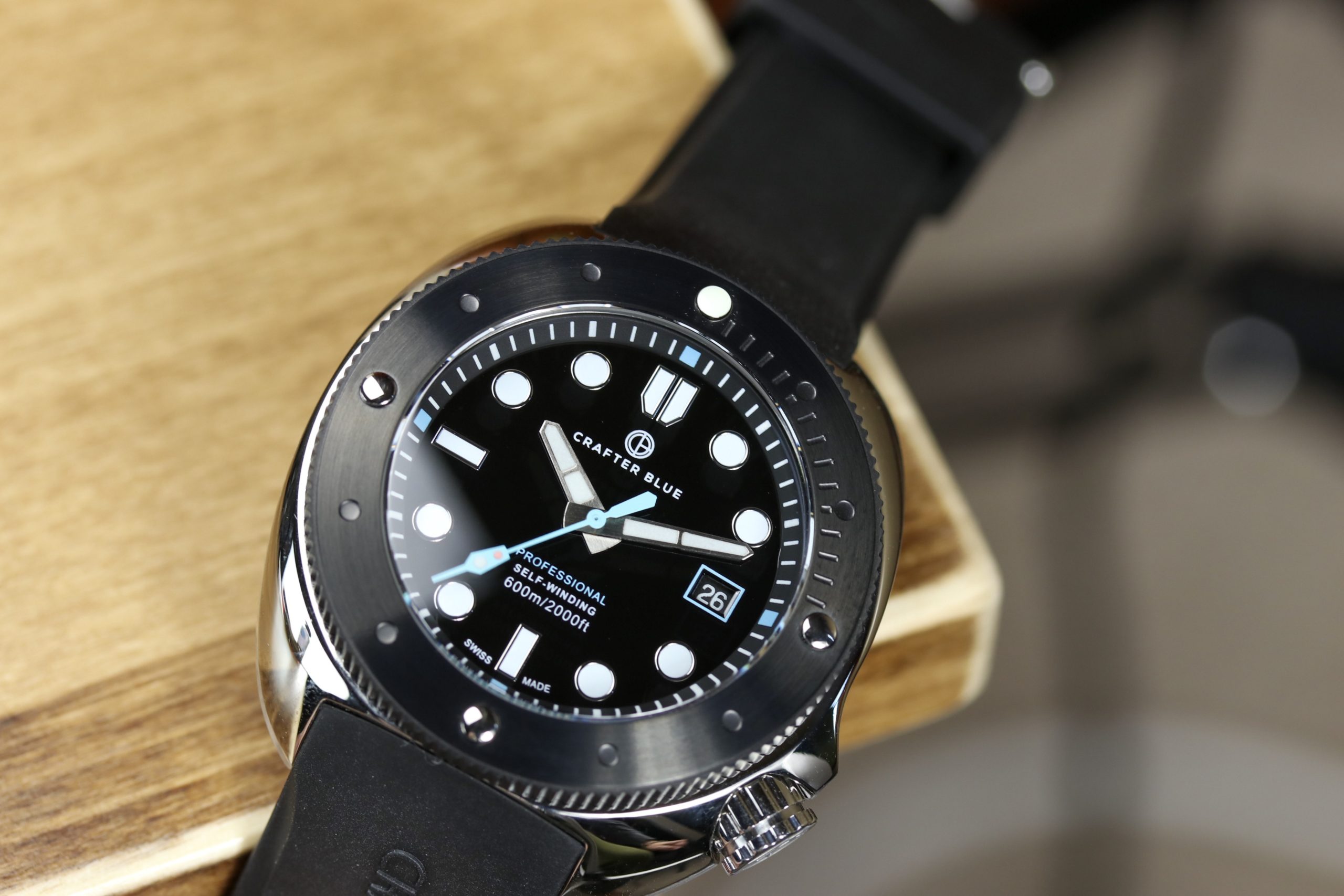 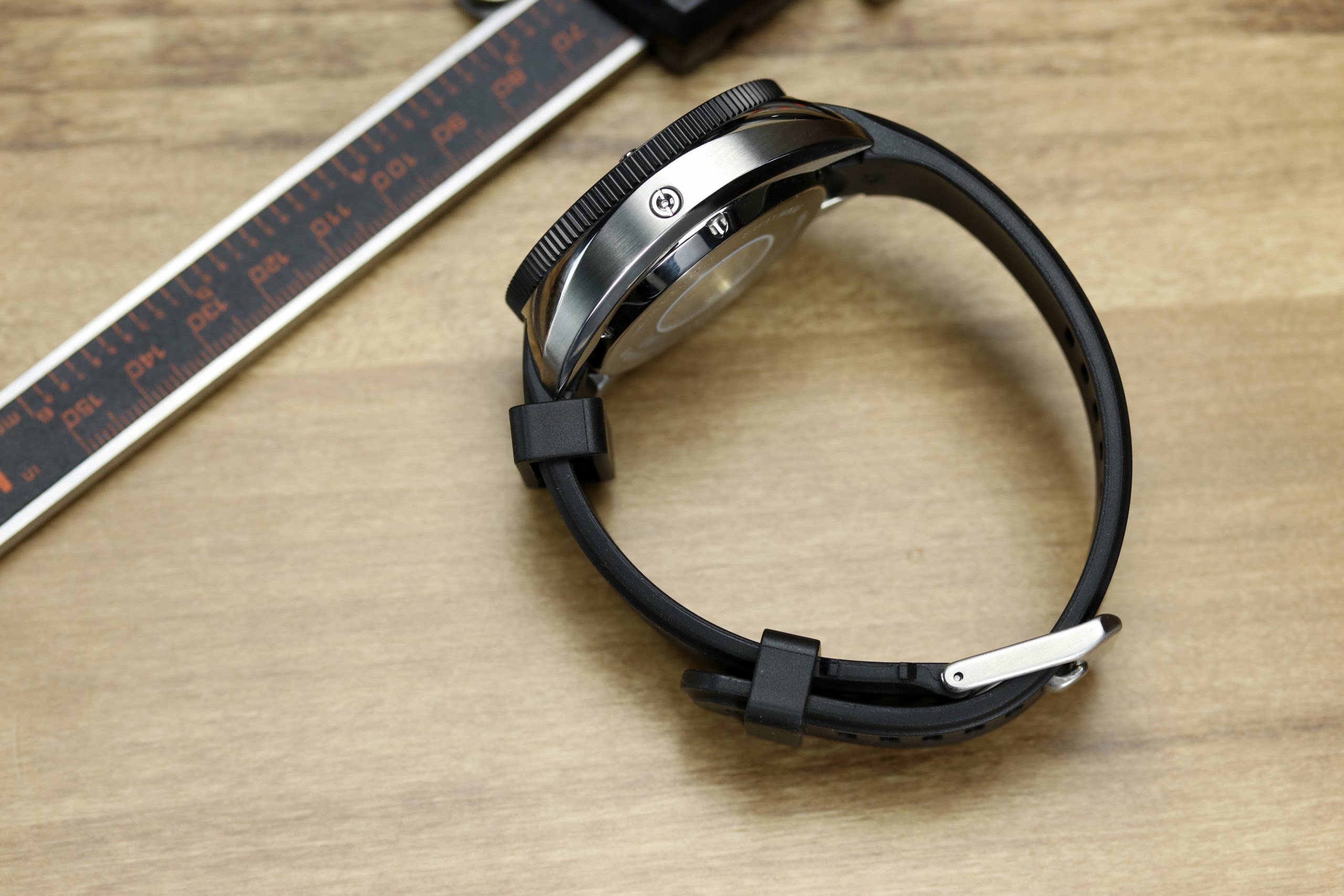 Since this is a watch that is technically reviewed already, I will link to that review HERE. As I state in the video (watch especially if you want a good look at the bracelet), this is the same watch but upgraded, and I do not believe the issues Undive had in any way have or will carry on to Crafter Blue. In the interest of brevity, in this review, I will point out a few things I noticed in the new version of this dive watch,  along with what I think can be done to improve it even more. The first thing I want to mention is that I still find this to be a very attractive dive watch. It is on the larger side, and is pretty heavy, though I find it to be very balanced on my 7 1/2 inch wrist. 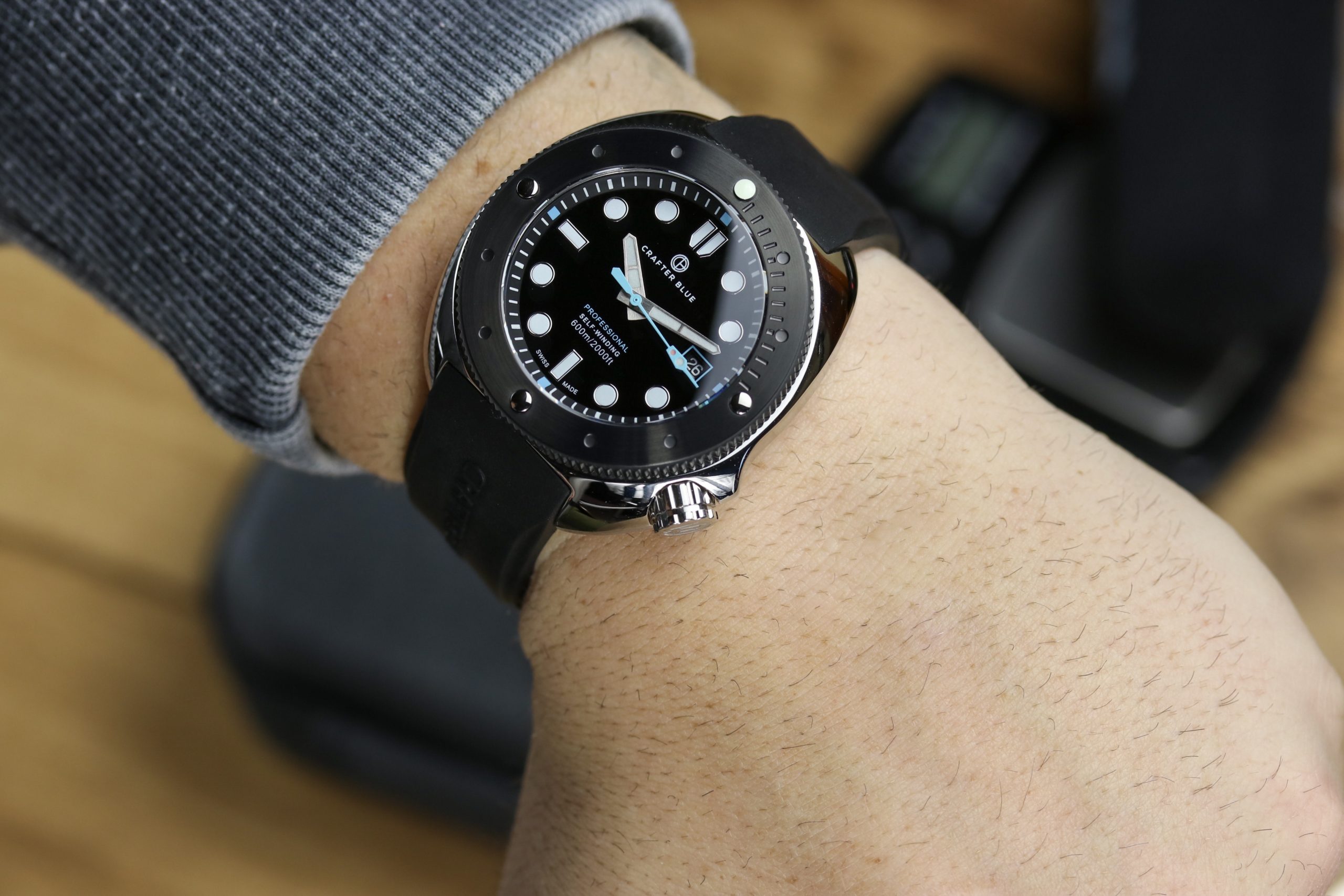 The Crafter Blue Hyperion has a solid case back as the Undive did, but this time it has some decoration. Normally, most brands choose to show off the movement or part of the rotor when putting a glass portion on the back, but in this case, they went with what I can only call a medallion of sorts, with a logo on it. It is a strange choice and to be honest, I don’t really bother me one way or the other. It does not change my opinion on the watch at all, though I don’t personally consider it an upgrade over the previous version. Quite possibly, Crafter Blue just wanted to do something a little bit different, and in that case, they succeded. 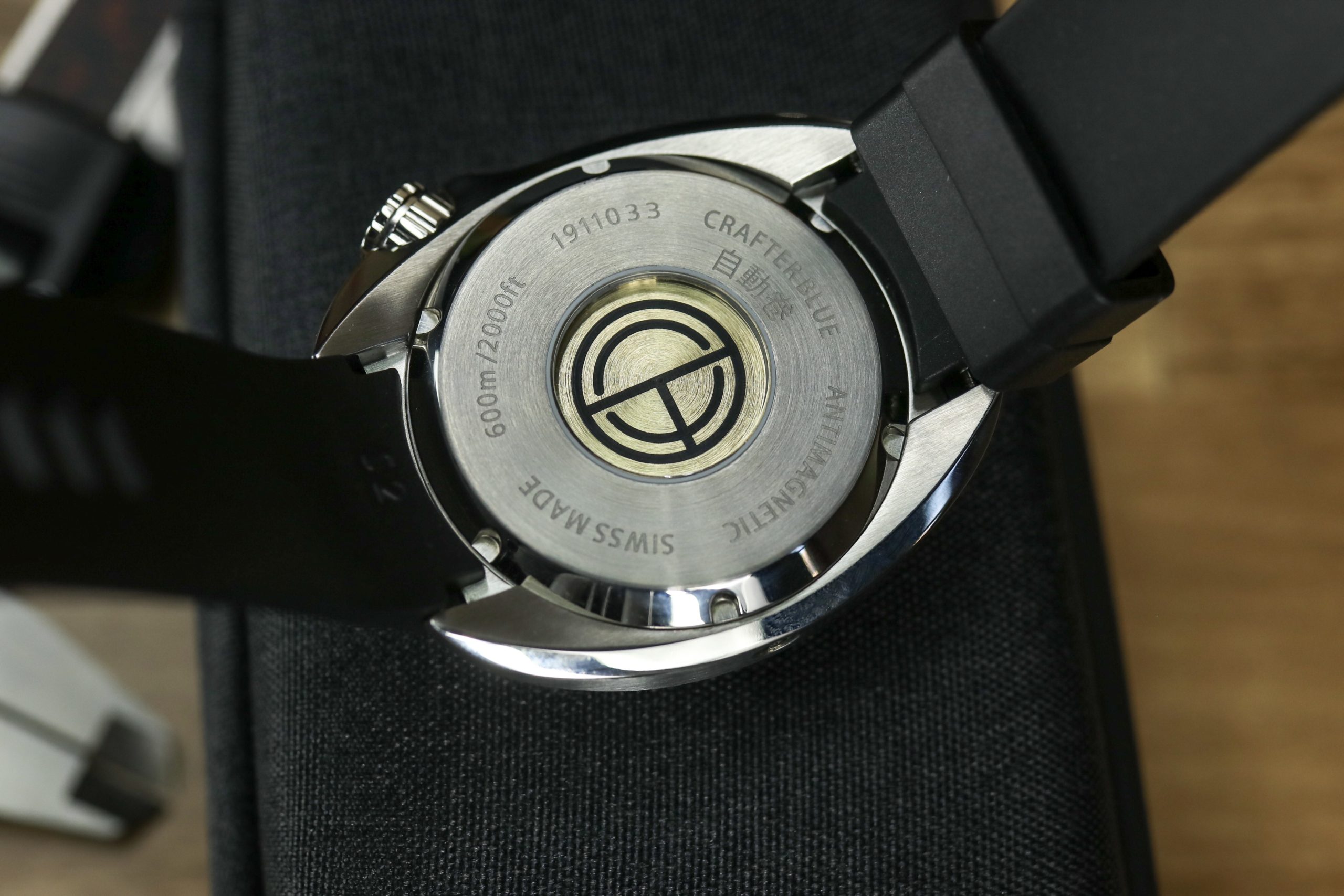 The biggest improvement to the Crafter Blue Hyperion is the Swiss Movement-The Sellita SW200-1 to be exact and also now being labeled as Swiss Made. The Undive used the tried and true Seiko NH35, and while nothing wrong with that movement at all, I think the movement change was a way for Crafter Blue to separate the two watches a little more, and at the current price, the Hyperion is not seeling for that much more money than the Dark Sea did. 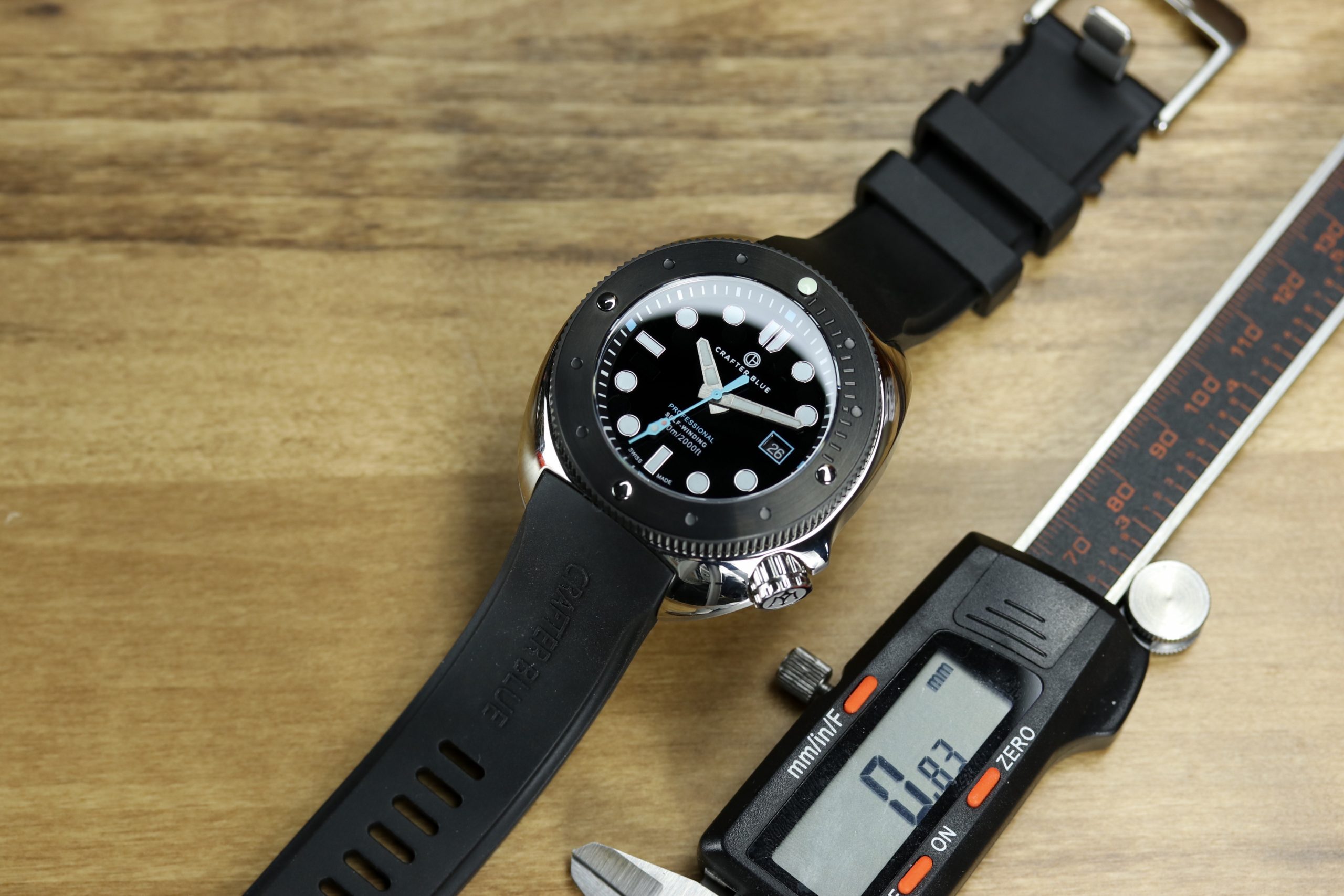 As I stated earlier, the rubber strap is all-new, and it is a great rubber strap, no doubt. I love any strap that Crafter Blue produces, not only because they feel great and look good, but because of the holes they use on the straps. Much like Isofrane straps, there is a lot of room for fine adjustment and that is always a good thing as everyone’s wrist size is different of course. All that said, the Crafter Blue Hyperions’ issue is that this time around they chose to go with a fitted rubber strap. While it does look good with the watch, it is a $%@#& to put back on once removed, at least with the provided spring bars. I have a feeling curved spring bars would be a better choice than the ones that were included on the watch. 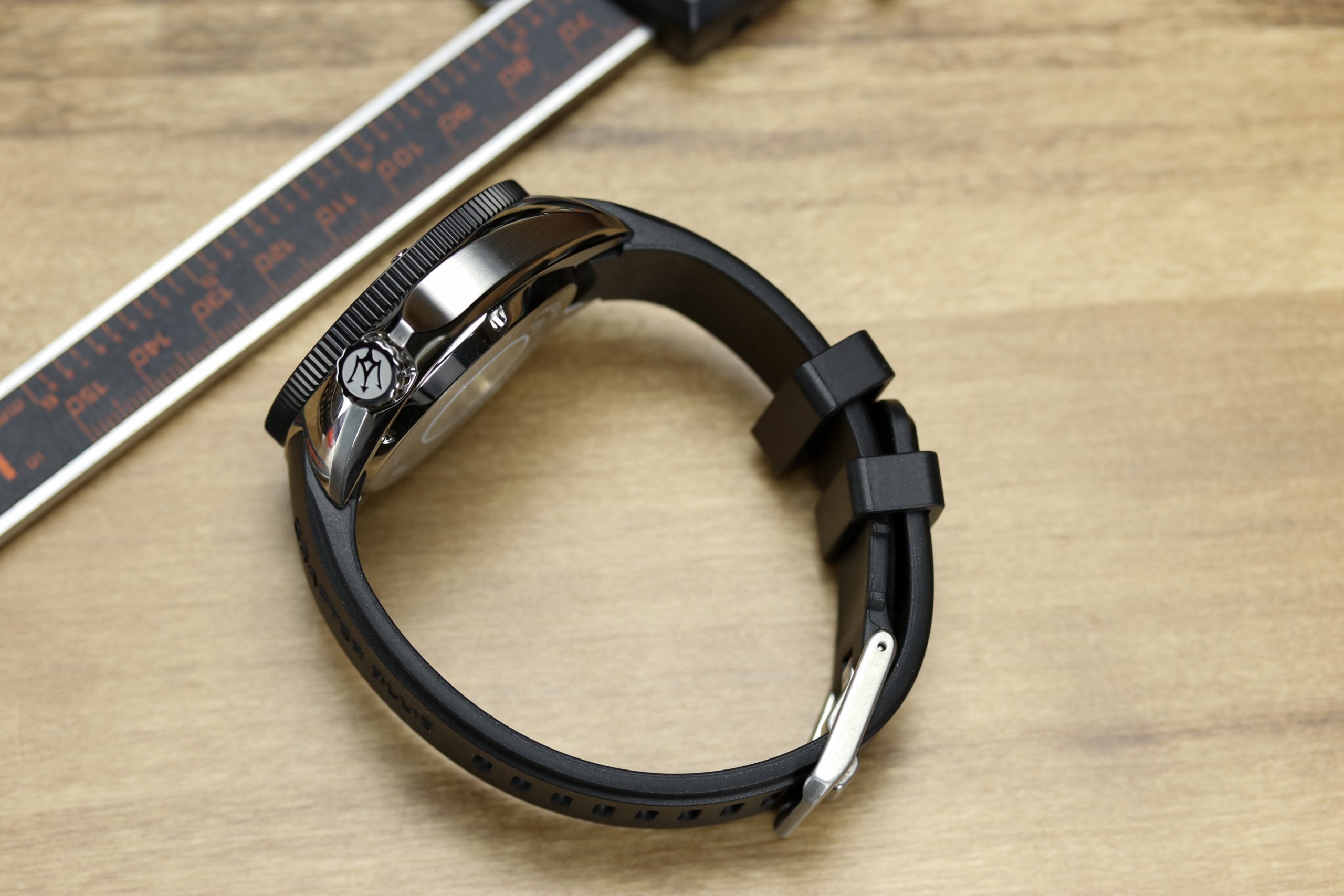 Moving on to the bracelet, we have a similar issue and one that I find a little ironic. The bracelet does not have solid, fitted end links, so I figured it would be no issue putting the bracelet on the case. I was wrong. It almost seems that the bracelet end pieces are a little too wide for the lugs, at least on the example I was sent. Was it possible to get the bracelet on? Yes. Was it a pain the a$$? Emphatic Yes. Again, it could be just my example, but I will plainly state I did not have an easy time switching straps on the Crafter Blue Hyperion and from my experience would suggest to others not to look at switching from the included rubber strap to the bracelet and vice versa very often. Because of the shape of the case, I am not sure if screwed lugs would be possible, but it would sure make removing and attaching these straps much easier. 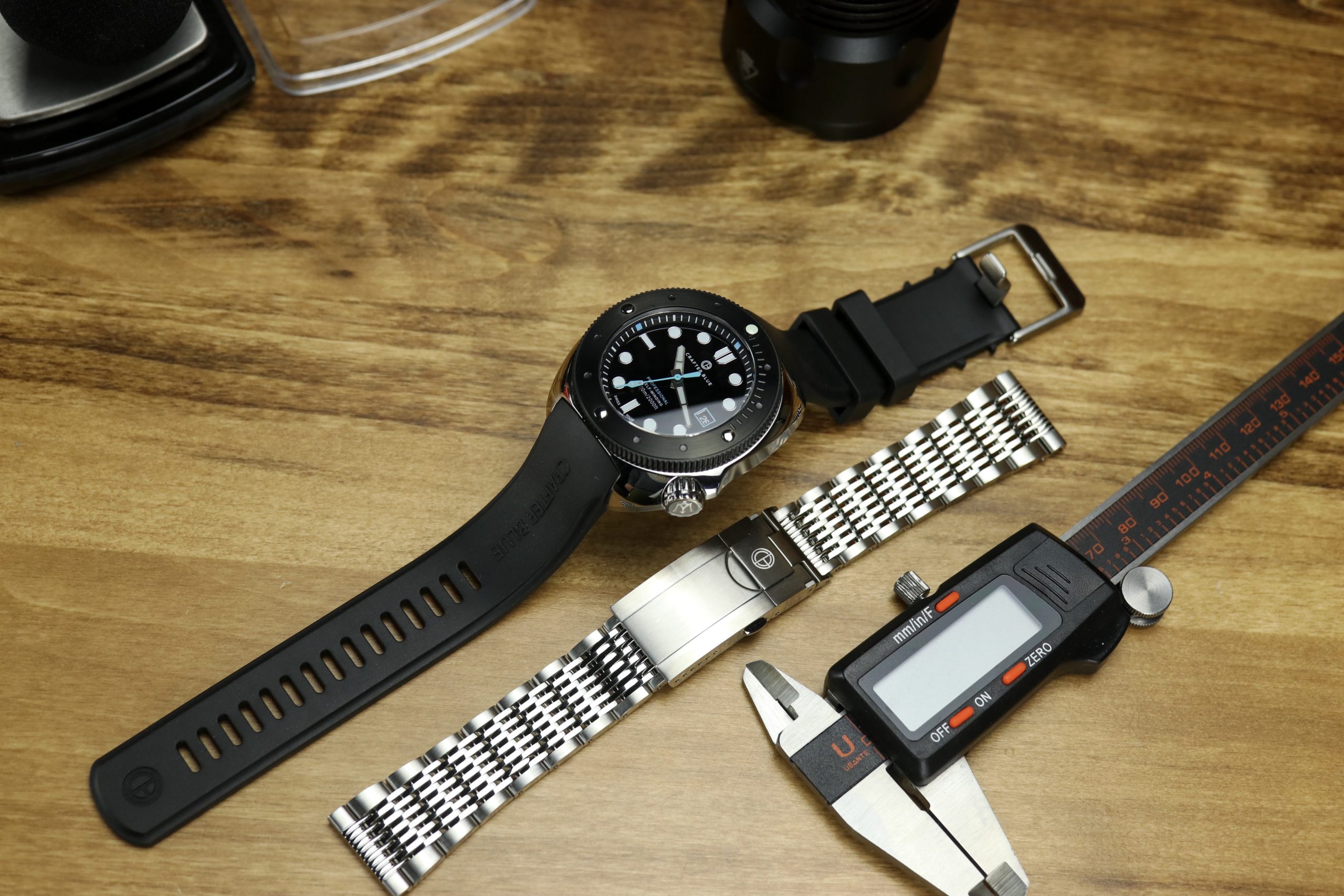 Strap fitment issues aside, it is nice to see this watch brought back to life by Crafter Blue. It has that Seiko/Zodiac Oceanaire vibes about it and as I said, I do find it to be quite attractive. Maybe in the future, they can make newer versions with slightly smaller cases, and I wouldn’t mind seeing some DLC versions as well. A titanium case would be another great option for this diver. Crafter Blue has been making watch bands for a while now, but this is only the second watch that has been produced under the Crafter branding (we reviewed the first one as well, you can find that HERE), so who knows what they have up their sleeve for 2020. 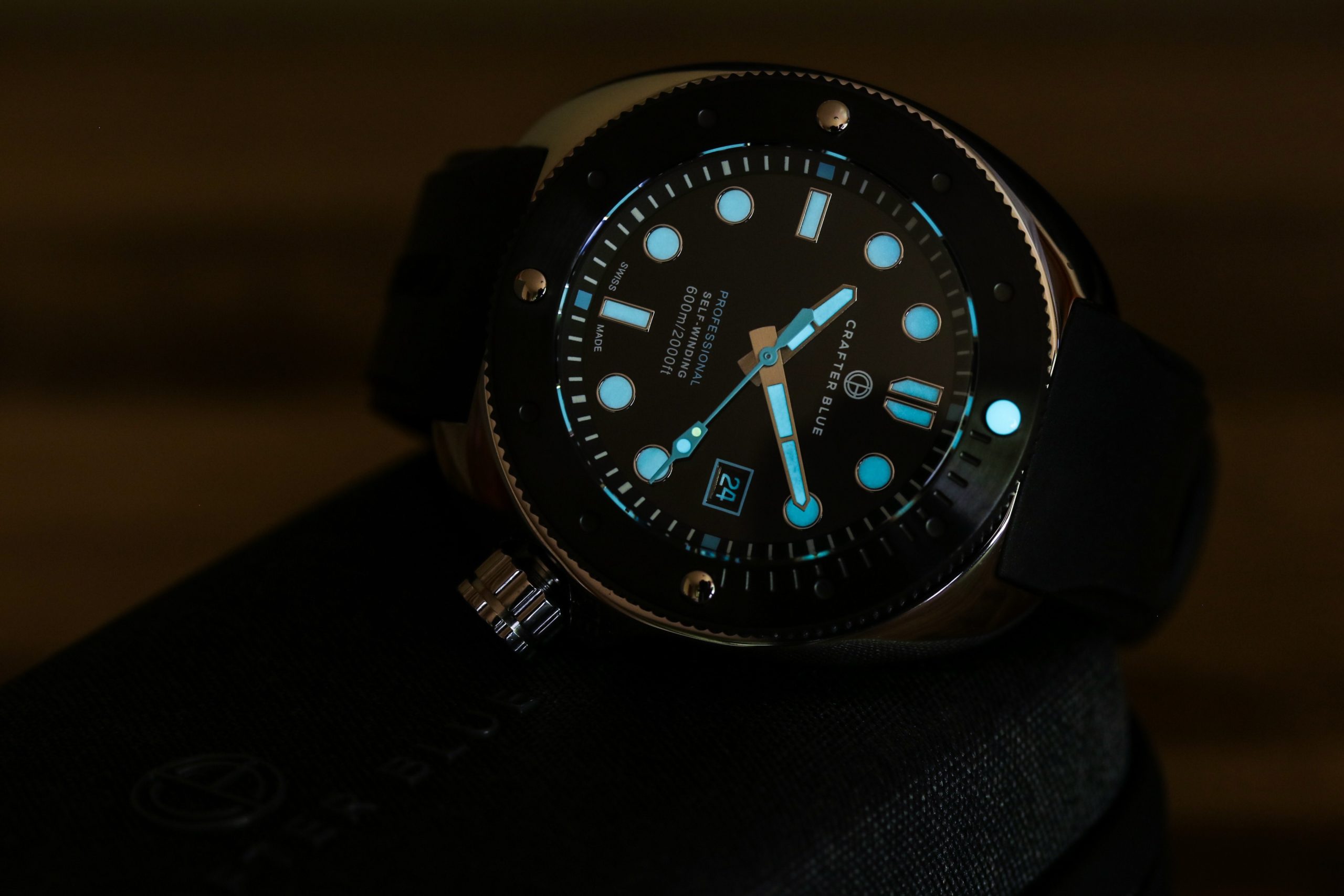 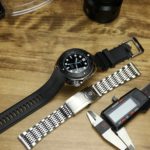 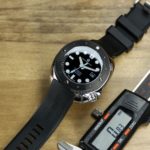 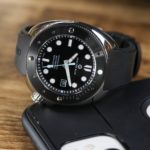 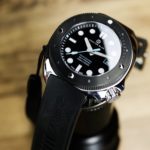 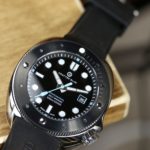 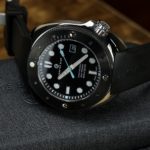 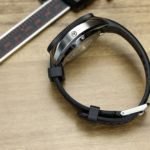 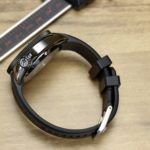 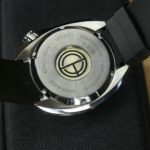 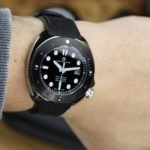 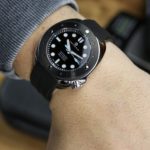 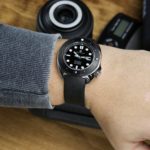 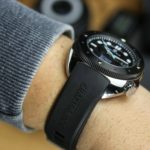 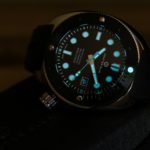