If you’re interested in this watch, I can make the decision really easy for you. As always, I’ll go into all kinds of detail below, but for the majority of you, this first paragraph will be all you need. Here it goes: If you’re an athlete who wants to optimize his or her workouts by monitoring your heart rate, and you’re a geek who wants to be constantly connected via MSN Direct, then buy this watch. Don’t hesitate. There are no other watches out there with this combination of functionality, so don’t even bother looking. However if this does not describe you, then don’t buy this watch. If you’re an athlete without the geek part, check out the Suunto t6 or the Nike Triax. If you’re a geek without the athlete part, then check out the Suunto n3i, Swatch Paparazzi, or the Tissot High-T. That’s really all you need know. But if you came here determined to find more information on the Suunto n6HR, then read on.

Features of the Suunto n6HR

Putting the Suunto n6HR Through Its Paces

The first thing I noticed about the Suunto n6HR was probably its weight. MSN Direct watches are not small, but the n6HR manages to be fairly light weight and sturdy at the same time. The case and the bracelet are a combination of metal and plastic which at first I thought looked a little funky, but I got used to it very quickly. The clasp is metal, sturdy, and inconspicuous as it masquerades as just another link in the bracelet. I was able to easily remove four links from the bracelet myself, so if you buy one of these online, you shouldn’t have any trouble getting it sized at any reputable watch dealer.

The buttons on the n6HR are very nice. They are metal, perfectly sized, and provide good feedback. The Fossil and Abacus Wrist Net watches both suffer from substandard buttons where the Swatch Paparazzi and Suunto n6HR have an unexpectedly nice set of pushers. It’s especially important that the n6HR have crisp and precise buttons because of its many timing functions.

The backlight on the Suunto n6HR is nice and even, but I don’t like the fact that you have to hold it down for about three seconds to activate it. It’s done that way to free up the short press for timing functions, which is fair enough. You certainly couldn’t ask someone to hold down a button for two or three seconds to start or stop a timer. Whether this bothers you or not will have a lot to do with what you primarily use the watch for. If you use it for training, you will appreciate the additional timer control. If you don’t use the watch for timing, it might annoy you to have to hold the button down in order to see the watch face at night. You can definitely tell that Suunto ran out of buttons when designing the user interface for this watch since holding down the backlight button in chronograph mode starts the chronograph or records a lap time if the chronograph is already running, and turns on the backlight two seconds later which means if you just want to see the chronograph in the dark, you are out of luck because turning on the backlight will actually operate the chronograph, as well. This is a minor point, though, since I’m guessing not a lot of athletes train in the dark.

I like the charger that comes with the n6HR. It clips onto the side of the watch, and charges the internal battery through a set of four recessed contacts. The charger is compact and easily portable, but sturdy with a nice long cord. The Swatch Paparazzi charger is compact, as well, but it’s slightly harder to get properly seated, and the cord is way too short. The Fossil/Abacus chargers are very cool (more like docking stations) but are too big for anyone who plans to take their MSN Direct watch on the road. Of all the MSN Direct watches I’ve reviewed so far, I clearly like the Suunto charger best.

The only real complaint I have with the n6HR is the screen. A great deal of it is unused. Since the face is round, and the LCD inside the face is square, the areas surrounding the LCD are completely unused, and cumulatively account for probably a third of the size of the watch face. The screen could stand to have a little more contrast, as well. As you can see from the photo gallery, the Swatch Paparazzi is actually more readable than the n6HR.

But again, this watch is for one type of person, and one type of person only: athletic geeks. If you want both training features, and the MSN Direct service in a single device, get the watch. Don’t worry about the size, the screen, or even the price. It’s very unusual to find one watch that has all the features you want, so if this is the one watch that does it for you, consider yourself lucky and snatch one up. 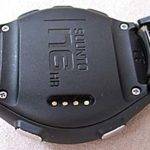 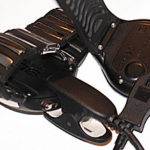 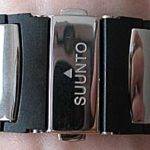 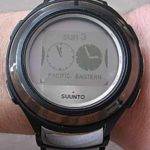 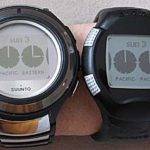 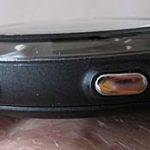 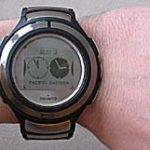 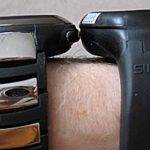 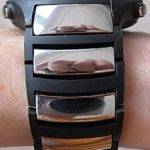 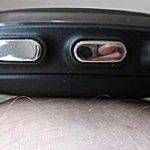 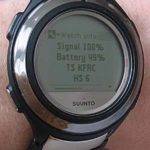 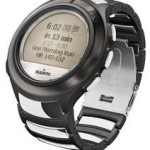