There are two things which distinguish the Abacus Wrist Net (AU4003) from the other dozen or so MSN Direct watches currently out there: 1) It is the cheapest ($129 retail), and 2) it is, in my opinion, probably the best looking. If you’ve been toying with the idea of taking the MSN Direct service for a spin, the Abacus Wrist Net might be just be the price point you’ve been waiting for. And now that MSN Direct watches get national news and high and low temperatures in your area for free, you can even get a taste of what it’s like for your wrist to be constantly connected before committing to a subscription.

I really like the bands on both the Abacus and Fossil Wrist Net watches. They are handsome, comfortable, well contoured, and easily adjusted. The buckles are fairly inconspicuous, and easy to operate. In contrast, the band on the Swatch Paparazzi is thick, rigid, and actually has to be cut down to size (which is more permanent than I’d like since it then makes the watch difficult to sell, trade, loan, or give to a friend). I found I was able to get accustomed to wearing the Wrist Net watches much faster than the Paparazzi which, by the end of the day, had left some pretty nasty bite marks in my wrist from the surprisingly inflexible band. There are a lot of things I like about the Paparazzi over both the Abacus and the Fossil Wrist Net watches, but the band is most certainly not one of them. (For a detailed comparison of the Fossil Wrist Net and the Swatch Paparazzi, see my review of the Fossil Wrist Net FX3005.)

I also really like the charger that comes with both Wrist Net watches. Although they are less portable than some of the other MSN Direct watch chargers, they are probably the easiest to use, and definitely the coolest. Rather than actually plugging the watch in to charge it, you simply set it down on top of the charger where it sort of hangs there, slurping up power without actually having to be hooked in to anything. Just make sure the clasp is closed and the two ends of the antenna are in contact so the watch can continue to receive data when not in use.

There are two types of people for which I think the Abacus Wrist Net is well suited:

In my experience, being happy with MSN Direct has more to do with your MSN Direct watch than with the actual service itself. I’ve enjoyed the MSN Direct service since the very first time I used it, and nothing about it has disappointed me (for a detailed review of the MSN Direct service, see my review of the Swatch Paparazzi). Yes, cell phones can provide most of what MSN Direct watches can provide, but I have never seen a cell phone that can make information so easily accessible. Even when I’m sitting at my computer, I’m more likely to check stock prices and weather on my watch than I am to use one of the hundreds of different widgets and services available on my Mac. MSN Direct makes glancing at important information as easy as glancing at the time. So if maintaining a constant flow of easily accessible, relevant information is appealing to you (and if you happen to live in an MSN Direct service area), I recommend you spend your time picking out the right watch rather than fretting over the MSN Direct service. If you want the best and most feature rich watch, go with the Tissot High-T. If you want the most business oriented, go with the Suunto n3i. If you want one the most sports oriented, consider the Suunto n6-HR with the built-in heart rate monitor. But if you want something simple and stylish that will get you connected without you having to worry about how your wife is going to react to the credit card bill, the Abacus Wrist Net might be the MSN Direct watch for you. 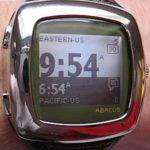 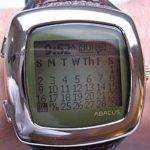 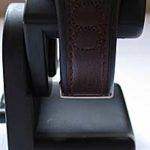 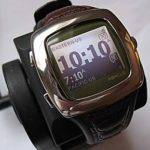 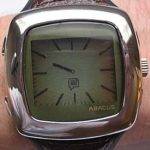 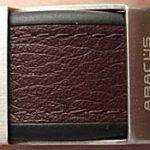 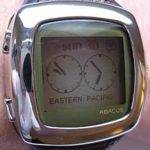 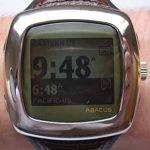 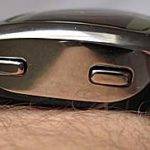 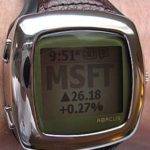 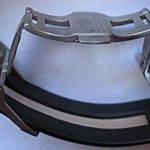 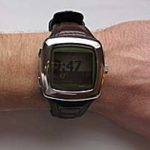 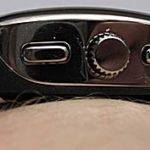 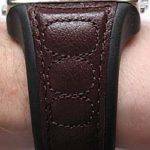 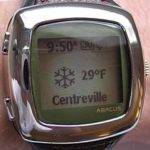 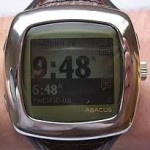