The Titan’s case is perhaps the most ‘tacti-cool’ component of the watch, as it unifies a stainless steel core with an exterior polymer shell, much like one would find in the world renowned Glock pistol. In fact, Titan designer, Michael Olmes, explained that the design of the Glock pistol played a role in how the Gryphon and the Titan were conceptualized. Polymers continue to saturate the firearm market, and for good reason. Nitromid, the polymer used in the Titan, is not just a fancy word for ‘plastic’. Nitromid is glass-reinforced polymer that has a tensile strength higher than steel, making it an obvious choice for field professionals whose lives depend on how well a product endures the demands placed upon it. In addition to the rubberized crown at the 2 o’clock position, you’ll find a textured screw down crown at the 4 o’clock position. These crowns, along with the Titan’s screw down case back, help the watch achieve its 200m depth rating, which is a rating not often seen in what many would call a ‘plastic’ watch. Perhaps this is just another subtle reminder that the Titan is so much more of a watch than meets the eye. When my concerns regarding the often-asked, highly-pondered, sapphire vs. mineral glass debacle surfaced, I again reached out to Michael Olmes, who explained REACTOR’s decision in great detail. For the purpose of this review, I’ll summarize: K1, while more prone to scratching than sapphire, is much more shatter resistant. When you’re half a world away, would you want your field watch to shatter, rendering your ‘tool’ watch completely unusable? Yeah, neither would I. The attached strap, with its 1200 lb. tensile strength, was a well thought out conception that blended the strength of a NATO strap with the moisture resistant capability of a rubber strap. I found the strap to be one of the most comfortable I have ever worn. My initial concerns that the strap would become a permanent home for dirt were easily dispelled. A quick rinse with a hose successfully knocked off all signs of a long day’s work. Its stamped tank buckle is oversized and robust, worthy of the task of securing such an outstanding watch to the user’s wrist. Solid screw bars replace the commonly used spring bars, giving the case/ strap transition the most solid feel of any watch that I’ve reviewed.

Powering the Titan, REACTOR incorporated a High-torque Swiss quartz movement with a 10-year power cell. REACTOR does use automatic movements in some of their watches, but for the purpose of attaining a field watch that would deliver worry free use, REACTOR wisely chose a quartz movement for the Titan. Who wants to worry about the movement when you’ve got a mission to complete?

As for me, I have many missions to complete, as the task of a police officer is never done. We operate in a world where crime never sleeps, and it’s important that our wrist gear be as relentless as we are. 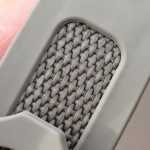 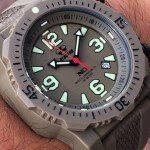 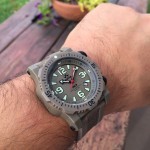 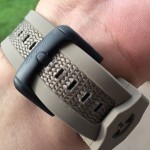 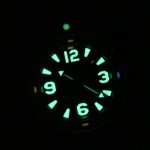 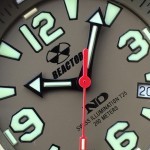 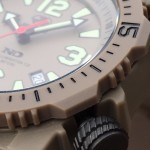 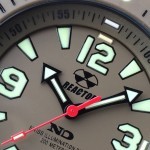 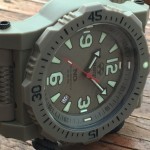 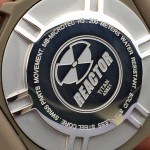 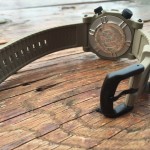 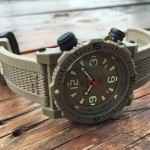 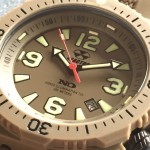 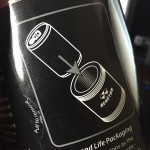 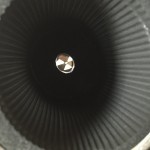 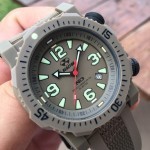