I just got back from Casio’s 2010 Shock the World press event in New York, and I have plenty to show. We all had a blast checking out some new G-Shock models, meeting folks from Casio (and Casio’s PR team), rubbing elbows with celebrities, and hanging out at what turned out to be a pretty wild concert.

Here are the highlights:

A quick walkthrough of the floor before the press conference.

The first half of the keynote. The first speaker is Toshiharu Okimuro, CEO of Casio America, and the second speaker is Shigenori Itoh, Vice President of Casio’s Timepiece Division. 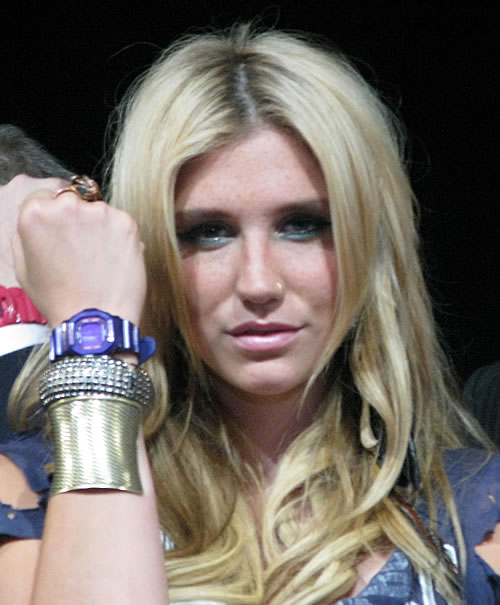 Kesha giving me a very hard look to go with her very tough watch. Or she’s about to punch me. 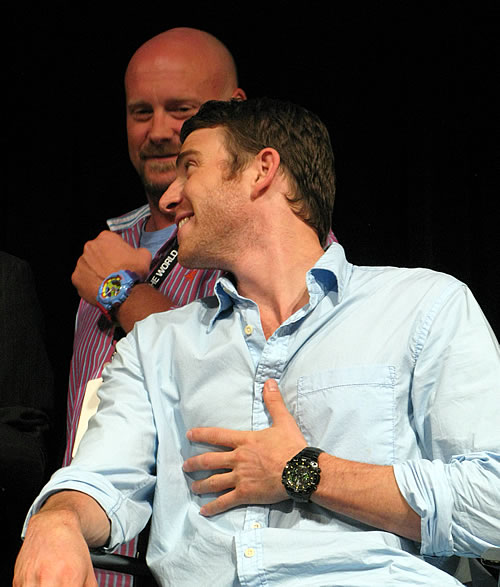 Actor Bryan Greenberg in the foreground, and David Johnson, Sr. General Manager of Casio America’s Timepiece Division, in back. David gave me a personal tour of the floor which I really appreciated.

Ok, enough name dropping. Let’s look at some watches. I’m not going to get into very much detail since I’ll save that for hands-on reviews, but I did want to point out some of my favorites, and what it is that makes them special. 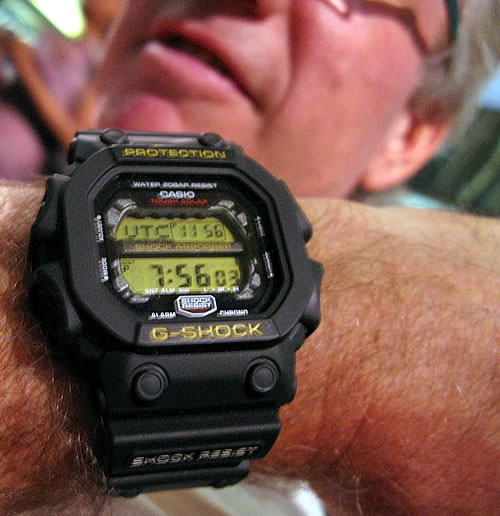 The massive but beautiful Casio G-Shock GX-56 on the wrist of David Pinelli, Casio America’s Director of National Accounts. (Sorry for the blurry picture, but it was dark.) I was fortunate enough to sit next to David during the keynote, but I was not able to slip the watch off his wrist. 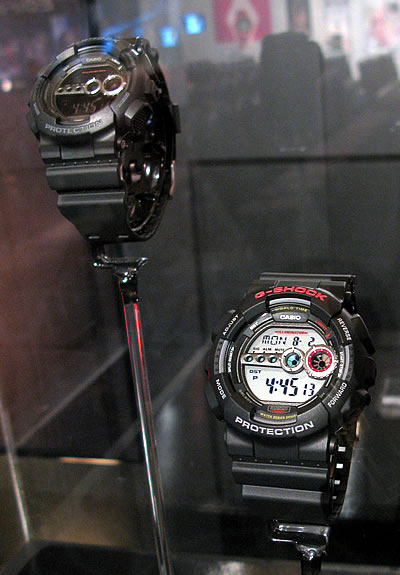 The GD-100 has a very high-contrast LCD with an extremely effective new illumination system. More details when we get our hands on one.

Difficult to see, you say? That would be the point. The AW-591ML and the G-300ML are designed for military stealth. In my experience, soldiers love their G-Shocks. In fact, I’ve gotten several emails from G-Shock (and Watch Report) fans in Iraq and Afghanistan.

The biggest and most shock-proof G-Shock Casio has ever made: the GX-56. There’s a layer of aerogel surrounding the module which can no doubt absorb more shock than your arm can, and it’s solar-powered. Expect a review soon.

You know we love the GWF-1000 Frogman (we couldn’t wait for it to come to America, so we imported one from Japan). Hard to believe this isn’t the biggest G-Shock out there anymore. But it has no reason to feel inadequate; it’s a massive and extremely functional watch. 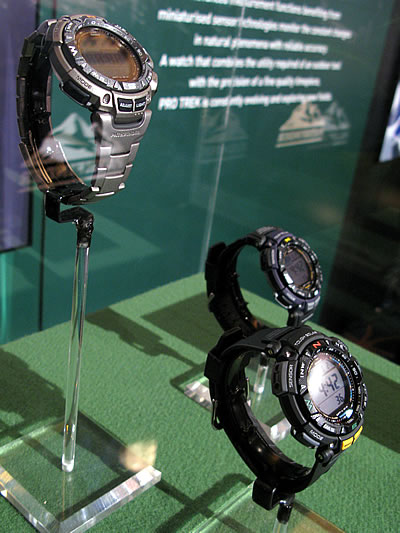 We’re big fans of Pathfinders here at Watch Report (having done something like a dozen reviews of them over the years). In fact, when I was living in Japan many years ago, it was the ProTrek line that really got me back into high-tech watches. Below is the PAG-240 lineup. 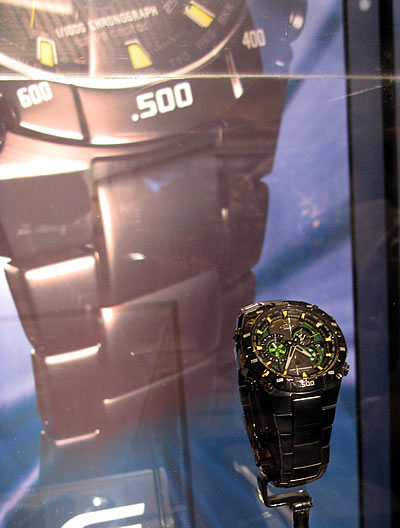 The Edifice EQWM-1100 in its very own display case. The dial is both technical and beautiful. I love the green accents. This model has a chronograph with a resolution of 1/1,000th of a second. 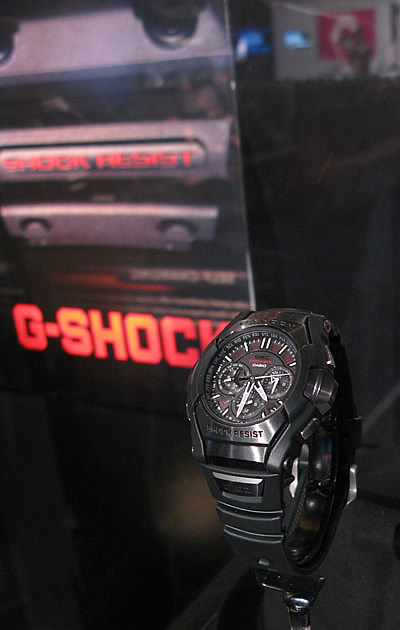 The GS-1300 is an updated and more sophisticated version of the GS-1200 we reviewed some time ago. The GIEZ line is a good balance between functionality and simple elegance. 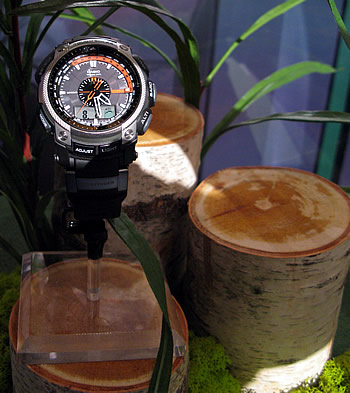 We already have the PRW-5000 thoroughly covered on Watch Report, but I thought I’d grab one more picture. This is certainly one of our favorite Pathfinders of all time. In fact, we all wanted to be the one to review it. Riley from My G-Shock on the left, Doug from WatchUSeek in the middle, and myself on the right (wearing the MTG-1500). It was great meeting and hanging out with these guys and many others. I’m already looking forward to doing it again!